Can you feel me? 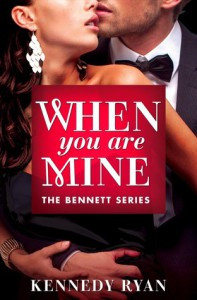 Kerris and Walsh meet when he returns to his hometown after a long trip abroad.  He finally meets th woman his mother has been bragging about.  The woman about to marry his best friend.  Just one little problem...

She is the only woman he has ever thought about forever with.  He sees the same feelings mirrored in her eyes.  She just cannot past the promise of a future with his best friend.  Regardless of his warnings, they marry anyway.

Walsh knows he must stay away.  They look at each other and it shows on their faces.  Too many people could get hurt.  He learns about the business from his father and tries to go on with his life.  Nothing dulls the pain.  Nothing.

Kerris is a woman of her word.  She has promised her husband she wants a future with him and she means to be faithful.  They have so much in common from the past.  They have scars others would not understand.  If only she did not dream of Walsh.

Such a heart wrenching story with an open and raw, almost gaping wound.  I felt the emotions right down to my soul.  It just makes you want to take the characters and smack 'em up side of the head.  I just have to give this book 4/5 Kitty's Paws UP!

***This ARC copy was free from the publisher and author in exchange for an honest review.