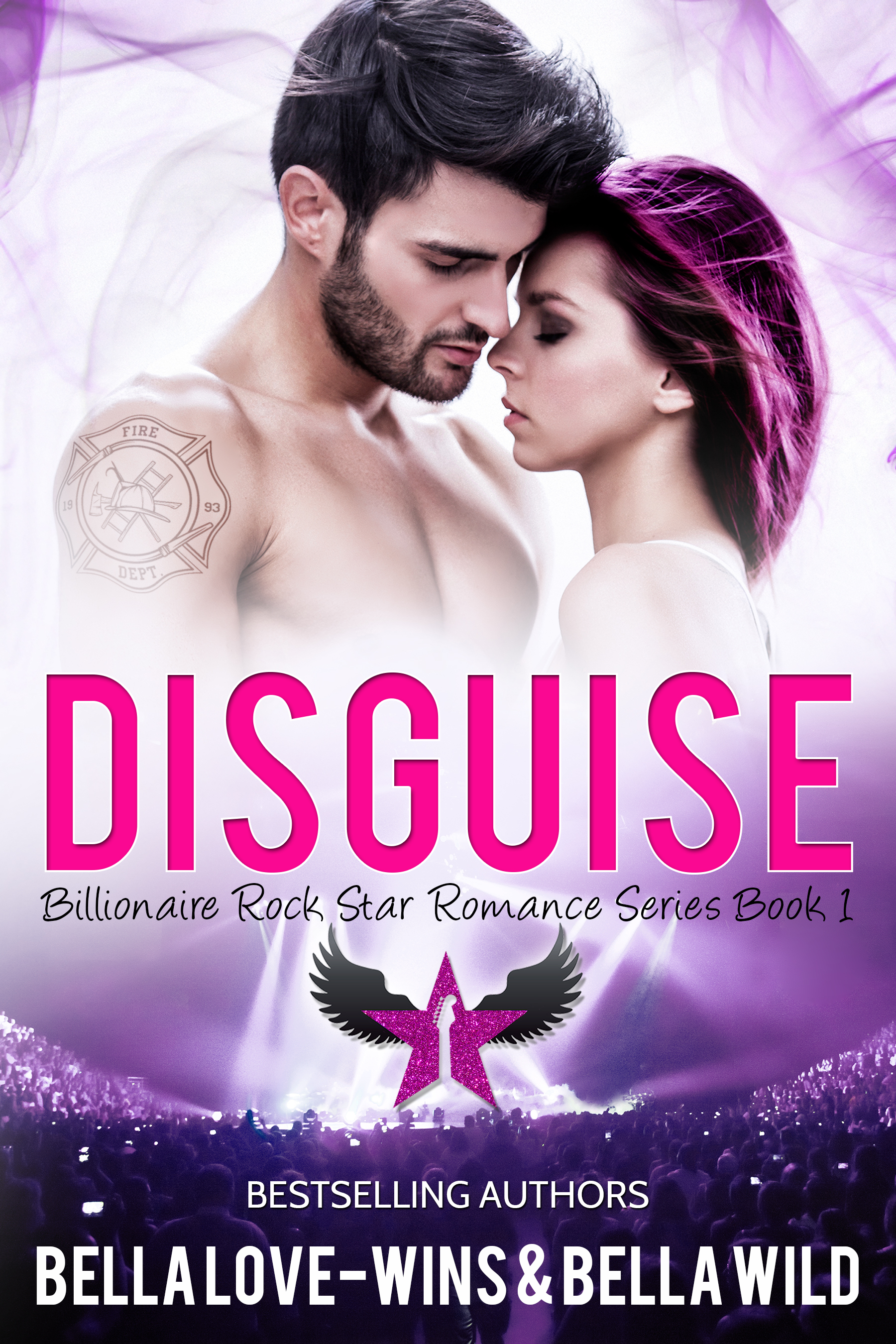 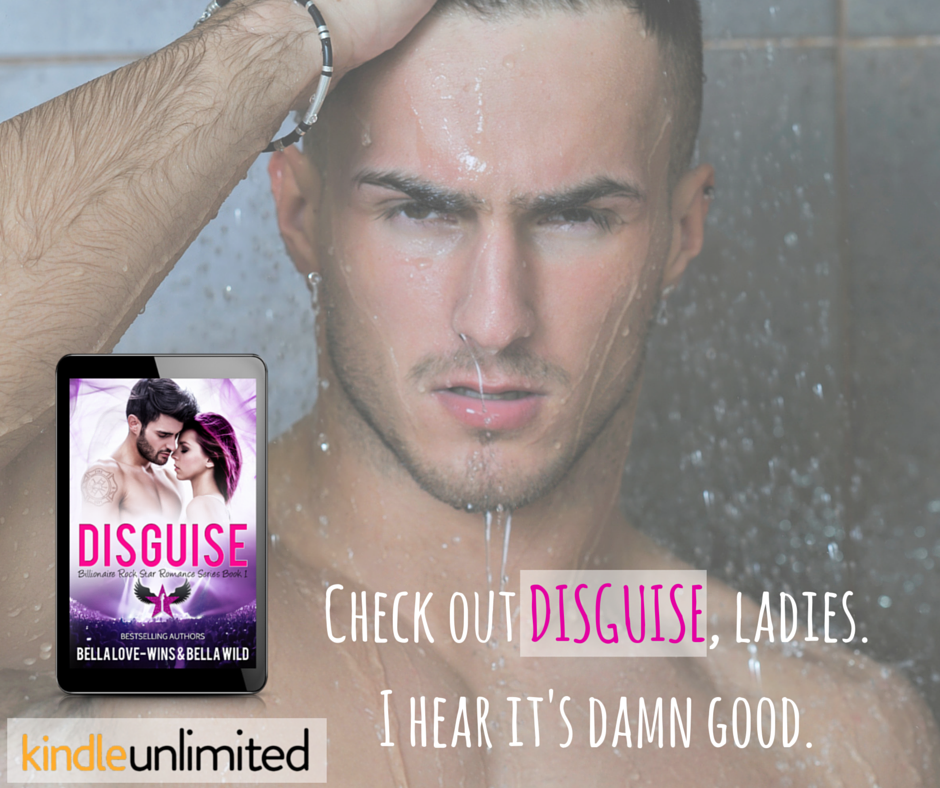 Can love be ignited under her disguise?

Lexxi Rock is a fiery pop / punk rock singer and guitarist -- and billionaire, thanks to her father's oversight. She's grown tired of Los Angeles, the limelight, the isolation, her image, and her lackluster romantic life, most recently tarnished by smoking hot country star -- and cheating bastard -- Wilkes Barracks.

When her father suddenly becomes ill, she decides to temporarily leave it all behind. Anxious about the unwanted paparazzi and media attention that would follow her right back to her home in Tucson, Arizona, Lexxi takes a drastic, unprecedented step to hide from them all.

There's only one wild card she did not count on. Lexxi has no idea that her father's neighbor, and scorching hot firefighter, Sebastian "Bash" Sullivan, knows exactly who she is, and plays along with her ruse to get close to her.

Bash is the one reason she's tempted to blow her cover, but can she trust him? Will her disguise work for long enough to nurse her father back to health? Can Bash save her when disaster strikes?

Alexandra’s English bestie, Vivienne, turned to the stylist still working on her hair. “That’s enough, Kalise! God, if you put any more hairspray on me, you’ll single-handedly deplete the ozone! You see, Lexxi? He’ll bring it out of me soon if he doesn’t get this show together. I swear!”

Vivienne let out a loud guffaw of laughter and walked through a back door. She looked for a spot where she could talk without interruption. Once outside, she dropped the stuffy language, and her British accent softened.

“All right, so enough of this. I can only hope the awards are doing fine, hun. But how are you? Of course I saw you calling all those times. My schedule has been grueling! We work around the clock sometimes. I’m exhausted out of my mind, but I know you have to really be going through some shit if you were blowing up my phone about Wilkes, of all people. I didn’t even think you liked him that much. What’s really going on, Lex? Spill it. I’m all ears.”

“I don’t know why I reacted like this, Viv. To be honest, I was over him within the first few months of dating him. I let the feel-good country songs fool me for a minute. He’s not nearly as romantic in person, and I know it’s not him that has me feeling heartbroken. It’s the idea of him, which is even worse, because that means I’m turning into one of those women who get suckered into a pretty face and an empty shell.”

“Never go for the emotionally vacant, dear. You’re much too smart for that.”

“Am I, Viv? I mean, am I really? I’ve had the worst string of dating luck. Some of this has to be my fault. Take Wilkes. All he had going for him was a hot body and that southern boy charm! He had no sex drive either, so the sex appeal almost didn’t count.”

“Ah, not really, hun,” Viv said, her shoulders shrugging. “Actually, I never knew what you saw in him. But don’t judge yourself too harshly, Lex. We all fall for that one guy who turns out to be just a pretty box filled with absolutely nothing. I’ve had my share of those for sure. Sometimes you have to know your limits and cut your credit cards before you leave the house, so you won’t be tempted to buy. Oooh, write that down! That was a good one.”

“Yes, that was clever. But now I have to deal with an extra helping of media bloodhounds here in LA. God, Viv, I really just want to run away for a while. How lonely and depressing is that, taking a vacation all by myself?”

“It’s not. I do it all the time.” Viv sucked at the last of the cigarette and dropped the butt on the ground, stamping it out with her slippers.

“Trying your luck at quitting again?”

“There’s always tomorrow, darling,” Viv declared. “Anyway, you can and you should take a vacation alone, hun. The problem is you’ve been waiting for someone to show up and inject your life with excitement. What you really need to do is learn how to be okay on your own. Enough with the serial monogamy, Lex. It’s so twenty-fourteen. Being single is all the rage. Trust me.”

“Just to put it out there, I’ve been single since last night, and it’s not all it’s hyped up to be,” she joked.

Vivienne’s laughter became contagious. “Well, you’ve got to do it a little longer than that to reap the full benefits, love. Why don’t you fly home and take some down time? Lex, think about what I said, okay? Tropical island. Different guy every night. Or not. Seriously think about it. I’ll call you back when I get a free minute. If I don’t get a chance to call, I’ll be thinking about you. Love you, hun.”

Alexandra hung up and considered her options. She could take a short trek back home to recoup. It was a brilliant idea. She would have time to put her priorities in order. She would see her father. Most of all, it would keep her from drunk-dialing and drunk-texting Wilkes.

The more Alexandra thought about it, the more she felt an extended trip to Tucson was a brilliant idea.

Lexxi Rock is the rocking alter ego of Alexandra. She has to go home due to a family emergency. This means finding a way to hide herself from the papparazzi so she can keep vigil in peace.

Sebastian aka "Bash," is her father's next-door neighbor. He is concerned for their family and checks on her a lot. She has told him nothing of her real identity - sticking to her disguise as best as possible.

Alex and Bash spend so much time together, she thinks he is gay. They both are hiding secrets that will have to come out eventually. Can there be a future with this tangled web they are weaving?

Very sweet and yet complicated story. I was fond of the HOT moments, and with a firefighter you tend to have the hot. I loved the fierce daughter wanting to care for her father. I also enjoyed the character development as the story progressed along. I cannot wait for the next installment in the Billionaire Rock Star series!

I live a little north of Toronto and dream of moving to the small town of Grimsby, Ontario one day very soon. Once I move out of the city, I would love to have a Shih Tzu and 2 cats as pets and practice kids. I love writing action-packed, steamy romance stories about new adults and characters in their mid-twenties, sometimes from wealthy families. I love my female characters to be strong, and my men stronger, with a vulnerable, sometimes broody side.

I love to laugh. I think it should be a law to laugh every day. Pink is my strength and my weakness. The color, not the artist.