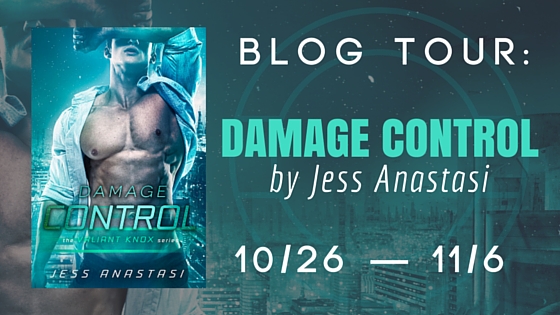 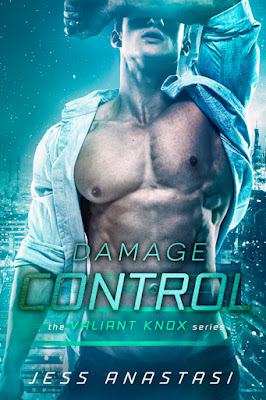 1. You have said you have been making up stories for a long time. Do you remember how old you were when you wrote your first "book"?
When I was only 8 or 9, we got to do a project at school where we wrote and illustrated our own books. I remember being so excited about it… like ridiculously excited. More excited than an 8 or 9 year old should have been! I thought it was amazing that anyone could write a book, so I wrote a story about ghosts, which the other kids in my class thought was weird! I got a lot of questions about that, and some teasing too.
A few months ago, my parents brought over a big tub of my stuff that had been left at home after I'd moved out. Right at the bottom I found some old work and school photos. In amongst that was my "ghost" book. I was over the moon to find it in there, and actually plan to put it up on my blog at some stage. I was so excited to find myself in possession of the first "book" I ever wrote, so I'm definitely going to keep it somewhere safe.


2. Being a mother and a writer must be a challenge. What do you do to keep juggling such a busy life? Any tips for other moms?
Honestly, most days I'm still trying to work it out. I attempt to keep a balance, but its very fluid, and what I do one week, might not be what I do the following week. A constant perfect balance isn’t really possible. Sometimes, when I've got deadlines or edits dues, my writing has to come first. Other times, I make sure my kids come first, and when I'm with them, I try to be fully there and engaged in whatever they’re doing. I don’t always get it right. Mainly, I just try to not be hard on myself – I'm not perfect, most of the time my house is a mess because housework is pretty low on my list of priorities. So that would probably be the advice I'd give, don't be too hard on yourself, you can't do everything, and you shouldn't have to!

3. Do you write to music? Or ever make playlists for your books?
Whether or not I listen to music depends on the situation. If I'm home alone and the house is quiet then often I don't need it. However, if I'm having trouble getting into the swing of things, or I need to cover up some background noise, then I do have a general playlist that I like to listen to, which you can find on my website. It’s a mixture of bands like Fall Out Boy, Veridia, Breaking Benjamin, Birds of Tokyo, Florence + The Machine and other rock/alternative bands. I tend not to make playlists for my books, however when I wrote my book coming out in December, Atrophy, the song Wild at Heart by Birds of Tokyo kind of became the theme song. Now every time I hear it, I think of that book and those characters.

4. Care to share a secret about yourself that no one else knows with our readers?
That's a hard one, I'm afraid I'm a little bit boring, no deep dark secrets hidden away for me! Probably the worst thing I can admit is that when I was a teenager, though my friends only knew me as that girl who listened to alternate/rock/heavy metal bands that probably scared my parents, I secretly loved Britney Spears, and used to lock myself in my room after school and dance to her songs. I still have "Baby… One More Time" on my iPod.

5. I have heard you enjoy cooking. Do you have a favorite meal/recipe you are willing to share? Anything you love to cook the most?
My husband occassionally jokes that I should go on MasterChef, but my response is always the same: "I might be good, but I'm not that good!" I find spending an hour or two (or more) in the kitchen creating something new, or making an old favorite dish relaxes me, especially if I’ve got some good music playing at the same time. You’re more likely to find me singing in the kitchen, than the shower!
These days I do a lot of experimental cooking with coconut cream, coconut milk and coconut butter as I'm dairy free. I’ve found that many recipies that use thickened cream or milk (even the savory ones) can be swapped out with coconut products. And a lot of people say that coconut is healthier than dairy anyway! I have a few recipies I could share, but I know the measurements etc are different between Australia and the USA, so it might get confusing. Instead I’ll issue a challenge. Next time you’re baking a cake or cookies, try using coconut milk or cream, or butter instead. You won’t be sorry, especially if you’re a fan of coconut!

6. Do you have a favorite book of all time? If not, can we get the first book title of what inspired you to start writing?
The book that inspired me to start writing was Julia Quinn's The Viscount Who Loved Me. While the vague idea of writing a book had been floating around in my head for a while, when I finished that book, something about it was just so fun and different to any other historical romance I'd ever read that I knew I finally wanted to try writing a book myself. It also helped that Julia Quinn was young and university-educated. I’m afraid that early on, I had the notion that books were only written by “gorwn-ups” (I was 19 when I wrote my first book) and they had some special training or education to be able to do it. It kind of still hadn’t occurred to me that anyone could write a book until I read Julia Quinn’s bio.
The first few books I wrote were historical romances (that shall never see the light of day!), before I moved through a few other genres (including romantic suspense and paranormal romance) before I finally found my voice in sci-fi romance. I’m still writing romantic suspense as well, and hoping to have a new series picked up for publication in the near future. In the meantime, writing sci-fi is more fun than I care to admit!

Nick-named Captain Hardass by the new recruits, Captain Leigh Alphin is captain of the Fighter Force of the battleship Valiant Knox. He’s honorable, straightforward, and hard as nails – except for the soft spot he has for a young woman he rescued off a transport that was under attack. Now that she’s one of his new recruits, it’s imperative he stop thinking about her in that way.

Especially now that the Knox has been secretly infiltrated by the enemy.

Mia Wolf’s new commander is icy, no-BS, and completely gorgeous. His glances send heat searing through her. Neither of them can afford to make this mistake, yet desire takes hold, consuming them. For the first time, Leigh’s iron sense of honor falters as his heart fights for love… and against an enemy trying to destroy everything they hold dear.

Leigh didn’t want to examine exactly why he felt the need to make Mia his responsibility. Yeah, he couldn’t ignore how intelligent and daring—and if he were being completely honest—how goddamn sexy she was, but he’d never done anything in his life for any other reason than duty. And, he assured himself, that was what this also came down to—his obligations. She’d almost been killed under his watch. He had to find the traitor and protect his people, even if that meant going outside the regulations to achieve his ends.

“I’ve put a lot of thought into what you did,” he started, choosing his words carefully. “And the way I see it, you have nothing left to lose. So the classified information I’m about to tell you cannot be repeated; otherwise I will see you buried.”

Her eyes widened a touch, and his conscience kicked him with a vicious jolt of guilt at threatening and possibly scaring her. This could get them both killed or dishonorably discharged and dumped in prison.

“I’ve been given reason to believe there’s a mole in the fighter-pilot squadron.”

“It’s true.” A small swell of dismay washed through him that apparently gossip about the moles had spread so far already. “There could be as many as a dozen on the ship.”

She crossed her arms, expression somber. “Why are you telling me this?”

“Instead of reporting what you did this morning, I want you to use your specializied skills to help me find the mole in my squad.”

She took a deep breath, seeming to process what was no doubt an unexpected request. “Accessing the systems one time for an hour was a risk. But this will require me to spend hours searching all kinds of data and accessing all kinds of stuff. It will increase the chance of getting caught by an infinite amount.”

“I know, which is why I want you to use my datapad. If someone does pick up the activity, it’ll come back to me.”

A cynical half smile tilted her lips up. “And will anyone believe that you had the necessary skills to do something like this?”

About the author:
Jess has been making up stories ever since she can remember. Though her messy handwriting made it hard for anyone else to read them, she wasn't deterred and now she gets to make up stories for a living. She loves loud music, a good book on a rainy day, and probably spends too much time watching too many TV shows. Jess lives in regional Victoria, Australia, with her very supportive husband, three daughters, one ball-obsessed border collie, and one cat who thinks he's one of the kids.
Connect with Jess Anastasi
Website | Twitter | Facebook | Goodreads | Blog | Newsletter
a Rafflecopter giveaway
romance science fiction series giveaway author interview Blog Tour entangled excerpt Damage Control Jess Anastasi rafflecopter Release Blitz valiant knox select otherworld