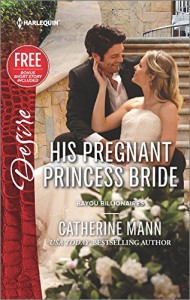 Gervais meets Erika while in London, and they spend a magical weekend together.  Neither one expects to see the other again.  Then she shows up a couple months later in New Orleans, to see him.

Erika is afraid of what this pregnancy means for her and her child's future.  Gervais just wants to take care of them both.  Maybe see where the future is headed?  There may be more family complications once the extended families are told...

Gervais is fiercely protective of his child and its mother.  He vows no one will take them from him.  After a near tragedy occurs, he discovers his feelings may go much deeper than he thought.

Such a moving and compelling story.  Really good read that I could not put down.  Touching and sincere, it has moments that moved me.  I give this story a 4/5 Kitty's Paws UP!

***This ARC was given in exchange for an honest review only.