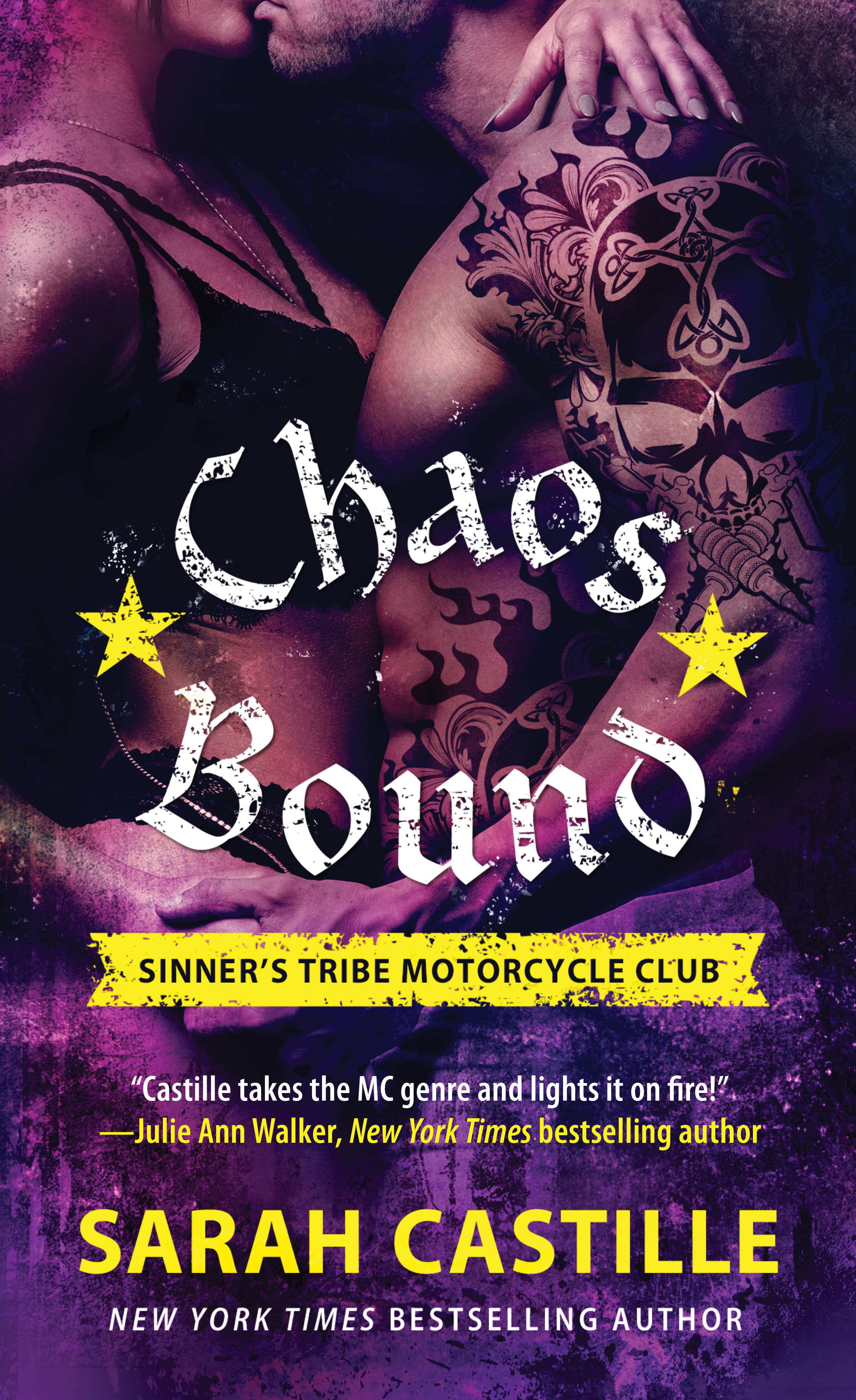 LOVE IS A WILD RIDE.

After enduring months of torture at the hands of the Black Jacks MC, and betrayed by his own club, Holt “T-Rex” Savage, a junior member of the Sinner’s Tribe Motorcycle Club, will stop at nothing to get revenge. But falling for a beautiful woman with dangerous ties to his sworn enemy was never part of the plan…

Raised by the Black Jacks, Naiya Kelly grew up fast, furiously, and with little to lose. But now that she’s put her MC days behind her, she is free to do what she wants—until she meets a man who imprisons her, body and soul. She swore she’d never give her heart to a biker, but Holt is the most passionate, protective man she’s ever known. But will Holt be forced to betray his one true love to exact his revenge?

See where it all began with book 1 of the Sinner’s Tribe series, Rough Justice.

“Is this because of what happened last night?” Holt wasn’t usually so direct. He had never been a confrontational kind of guy. Usually, he would go with the flow, but right now he was seized by an urgent sense of desperation. He couldn’t let her go, and it wasn’t just because he needed her to lure Viper.

“No, of course not.” She turned away, tightening her grip on the bag, her hair swinging over her cheek, hiding her face.

Together. Fuck. She’d thought about them together. Although he was pretty damn sure she hadn’t thought of them together the way he had all fucking night long.

“I made breakfast. It’s on the stove.” She slung the bag over her shoulder. “Happy revenge.”

No fucking way. “It’s not safe out there.”

“I couldn’t be gentle with you,” he said. “I’m a hard man, Naiya, and the shit I just went through just made me harder. I don’t have sex. I don’t make love. I fuck. And when I do, it’s hard and it’s rough, and that’s not what you need.”

The hell he didn’t. He could read the longing on her face; he could hear it in her voice. It was the same longing that had gripped him since he met her. The old Holt would have let her walk out the door because it’s what she wanted to do, and who was he to rock the boat? He didn’t know where that Holt had gone, but the man he was now was not letting her get away.

Without taking his gaze off her, he ripped the bag from her fingers and tossed it on the couch. Then he cupped her face between his hands and covered her mouth with his.

Ah God. Her lips were as soft as he imagined, her mouth as lush. Her lips parted on a sigh, and he touched her with his tongue. She tasted of honey and coffee, warm and sweet. He wanted her, wanted this woman with the broken soul, wanted to fix her, show her the beauty of trust and surrender, open her up and fill her with joy. Yeah, he wanted to fuck her bad.

“Holt.” She pulled back, her chest heaving. “I don’t want this. I just broke up with Maurice. We were together two years. It just feels . . . wrong.”

Didn’t feel wrong to him. In fact, nothing had ever felt so right. He tagged her with an arm around her waist and crushed her against him, the way he’d seen Jagger and Cade do with their women, the way he’d seen Tank with Connie. Dominant. Controlling. And damn it felt good. Taking what he wanted. Being in charge.

And yet at the back of his mind, he was assessing her responses, the way she leaned into him, her soft sigh, the flutter of her lashes, and the little hints that told him she was on board and that he wasn’t stepping over the line. He had a strong feeling Viper had crossed that line, and if he caught her, he would cross it again.

Naiya leaned in, melted against him. Pleasure rippled through his body, and his cock hardened in an instant. He dipped his head, drank her down, delighting when she moaned and tangled her tongue with his.

Deeper. Rougher. He slid one hand through her hair, tugged her head back, and held her still as he fed off her hidden desire. Her hands came up, pressed against his chest. Holt tensed, thinking she would push him away. Instead, her arms wrapped around his neck and she pulled him closer, straining upward as she kissed him back with a passion that belied her words. She wasn’t leaving. Not now.

➤ Submit your details here to get your bonus story (prior pre-orders count):http://bit.ly/28i4x3Q