Saved by the blog! 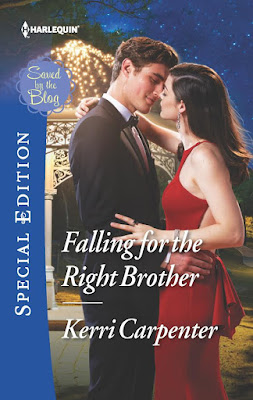 Saved by the blog!
This just in, fair readers! Chic and stunning, that gorgeous new woman about town is none other than our very own little Ellie—now Elle—Owens. She's a far cry from the frumpy, bookish student we used to know, but then, living in Italy will do that to a girl! Still, this blogger can't forget the infamous video that caused her to leave!

Apparently Miss Elle has been spotted with yummy contractor Cam Dumont…but we thought her heart belonged to his little brother. Are Cam and Elle a new couple? They were seen cooling their passions in the bay…in April! If this is love, let's hope she's swimming with the right brother. The Bayside Blogger will keep you posted.

As they walked to the truck, Cam reached for her arm, but Elle quickly evaded him. They could not touch. Not in public. Not anywhere.

Cam must have caught on to her mood because instead of opening her door, he kept his hand over the handle. “What gives?”

“Nothing gives. I’m anxious to get to work.”

He studied her for another moment, his dark eyes roaming her face, searching for the cause of her behavior. Finally, he backed up, opened the door and watched her slide in. But instead of closing the door, he leaned in, planting one palm on the center console, the other on her headrest, boxing her in. With their faces a mere hairsbreadth apart, he said, “Good. Because I would hope that kiss last night didn’t scare you off.”

Turned on beyond belief, Elle couldn’t speak. So she shook her head instead.

“Great. Because I plan on doing it again soon.”

Describe yourself in five words or less.

I can do this in just one little word: sparkly!

Can you tell us a little about your book?

The Saved by the Blog series is about a small town on the Chesapeake Bay called Bayside. As small towns tend to do, Bayside is prone to gossip and rumors. They have a gossip blogger called the Bayside Blogger who writes for the local paper and reports every detail on every person in town.

Falling for the Right Brother is the first book in the three-part series. It’s a combination of Sabrina and Gossip Girl, with a little Saved by the Bell thrown in for fun. This is the story of Elle Owens, who was desperately in love with Jasper Dumont when she was growing up in Bayside, Virginia. After an embarrassing incident of professing her love for Jasper was caught on video, Elle hightailed it to Italy. When she returns to Bayside ten years later, it’s Jasper’s older brother Cam who catches Elle’s eye. Unfortunately, all of this happens under the watchful eye of the ubiquitous Bayside Blogger.

Not just right now, but pretty much at all times, I have my phone. I love listening to music while I work, so I either pull up a playlist I made, an album or listen to the radio through an app. I always have water because I’m a water-holic. And I typically have Post-it notes or some kind of paper because I’m constantly making lists (for my real life) and scribbling notes (for my writing life).

If you could have dinner with any three authors (alive or dead), who would you choose and why?

Jill Shalvis, because I’m a total fan girl. I love, love, love her books. Plus, based on her social media and newsletter, I think she’d be really fun to hang with.

Jane Austen, because I adore her books. I also consider her to be the first great chick lit writer and I want to ask her about some of the remakes/homages to her books like Clueless and Bridget Jones’s Diary. I think she would love them.

JK Rowling, because I’m a huge fan of Harry Potter and her world-building ability. Also, whenever I’m having a bad writing time, I re-watch the interview she did with Oprah for the millionth time. Her description of depression is so spot-on that it actually helped me deal with my own issues.

Where did the inspiration for this book come from?

I was walking my dog, Harry, one afternoon and the idea for Falling for the Right Brother popped into my head. I could see the town of Bayside, Elle and Cam, everything, so clearly. I remember very distinctly having the thought: This is like Sabrina and Gossip Girl. It was strange because I hadn’t seen either in years. I thought about the story the entire time I was walking Harry and as soon as I got home, I started writing it.

Do you have any advice to give to aspiring writers?

Is there anything that you would like to say to your readers and fans? 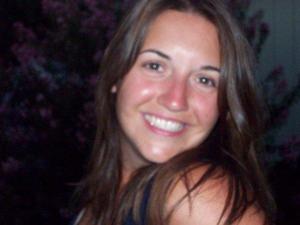