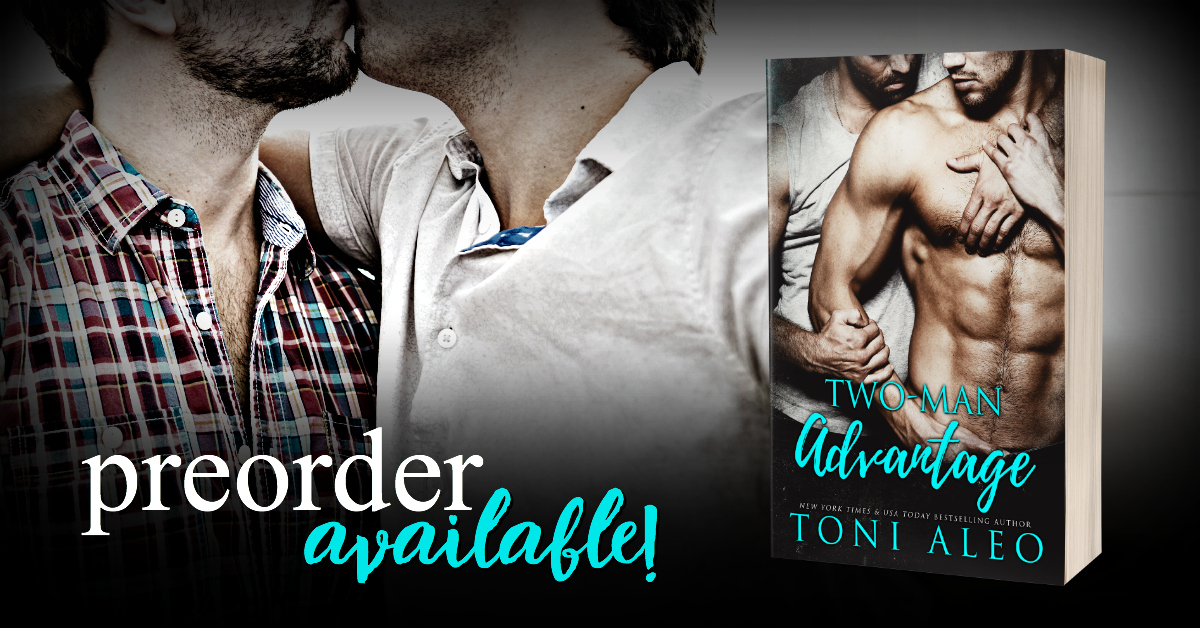 He's going to get his man...
Two-Man Advantage by Toni Aleo is releasing soon on November 14th!

Wells Lemiere knew the moment he saw Matty Haverbrooke, he had to have him. Matty was quiet, he was talented, he was beautiful, and Wells couldn’t stay away.

As the youngest and most talented son of the NHL Commissioner, Matty had found the burden of family expectations almost too heavy to carry on even his broad shoulders. He had no intention of getting involved in a relationship with Wells. But the heart he’d given up for dead had other ideas.

Their affair was intense and overwhelming, but when Matty couldn’t bring himself to come out and admit he wanted a public future with the man he loved, Wells had no choice but to honor his vow to live openly…and leave Matty behind.

But then he learns Wells is marrying another, and Matty knows he can't let that happen. Can he throw down his gloves and embrace his future with both hands? Or will he pull the door to his closet shut once more?