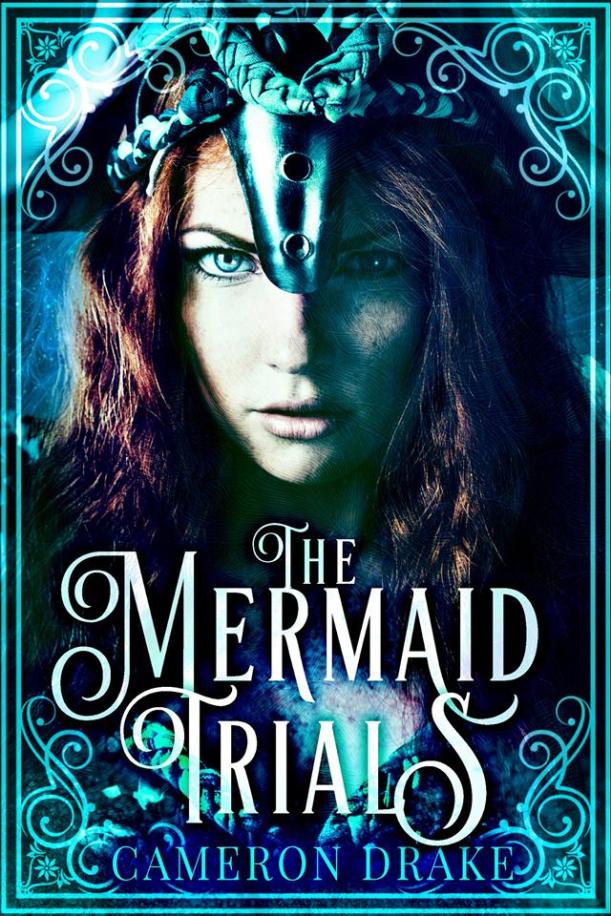 Losing is dangerous. Winning means everything.

Katriana has been waiting for this moment her entire life.

Once a century, the Royals hold the Trials. Every Mer of a certain age must participate. The contests are brutal. Survival is not guaranteed, but for the victors, the prize is unimaginable.

They are allowed to walk on land.

She is forced to work for her evil stepmother while ignoring the taunts of her spoiled half-sister. She’s desperate to escape. So desperate, she begins the Trials without armor or even a helmet.

Not one to give up, Katriana gives the Trials all she is worth, even catching the eye of a mysterious benefactor who is more than he seems.

How much will she sacrifice to become one of the elite? And if she wins, will she be able to halt mankind’s destruction of the sea?

The Mermaid Trials is a new series from author Cameron Drake. 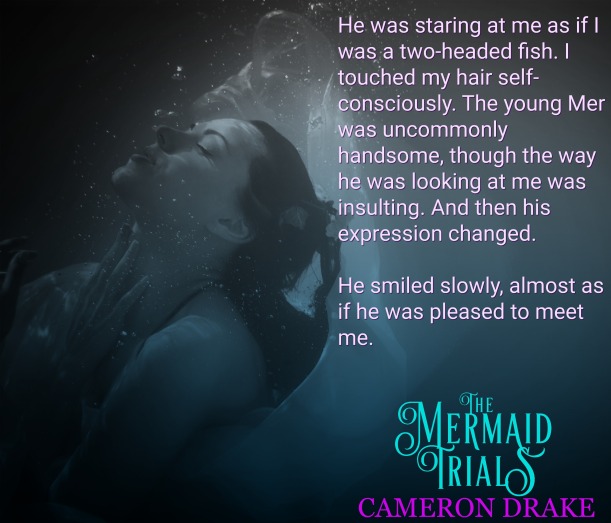 I exhaled, closing my eyes before I was surrounded by cheering Mers. I struggled to be free of them. I had to help Starla and Dane. If they were killed by the octopus or the falling rocks—or even the net—I would never be able to forgive myself.

Strong arms closed over my shoulders as I fought my way back to the finish line. I thrashed until I heard the familiar voice shouting my name.

I turned and saw him, his handsome face obscured by his helmet.

“I’m not sure. I think the race was to weed out the fastest and most wily. And you won.”

I had won. It wasn’t a dream or a wish. It was real. It was just sinking in. I had won and my friends were safe.

She waved as we swam closer.

“How did you get here so fast?”

Dane laughed, his white teeth gleaming in the sun. He guided me to sit on the bleachers with Starla.

“The race was a large circle. We just cut across the middle.”

“So you guys are all right?”

He nodded, and Starla gave me a thumbs-up. I exhaled sharply. They were okay. They were . . .

“Hey, you are bleeding.”

I looked down numbly. I was bleeding. Not a little bit either. I put my hand to my head, feeling woozy. I heard Dane curse as I slumped to the side, nearly falling off my seat. He caught me.

His worried face was the last thing I saw.

Cameron Drake is an emerging author of fantasy fiction. Vampire Princess is Cameron’s first book, now available in ebook, paperback and audiobook. Look for the third Vampire Princess book coming soon, along with the third book in the Dreamshifters series, a collaboration with young adult fiction author Kara Sevda! Also keep an eye out for the second book in the exciting new Mermaid Trials series! !