Playing His Way, an all-new sexy standalone from Erika Wilde is now LIVE! 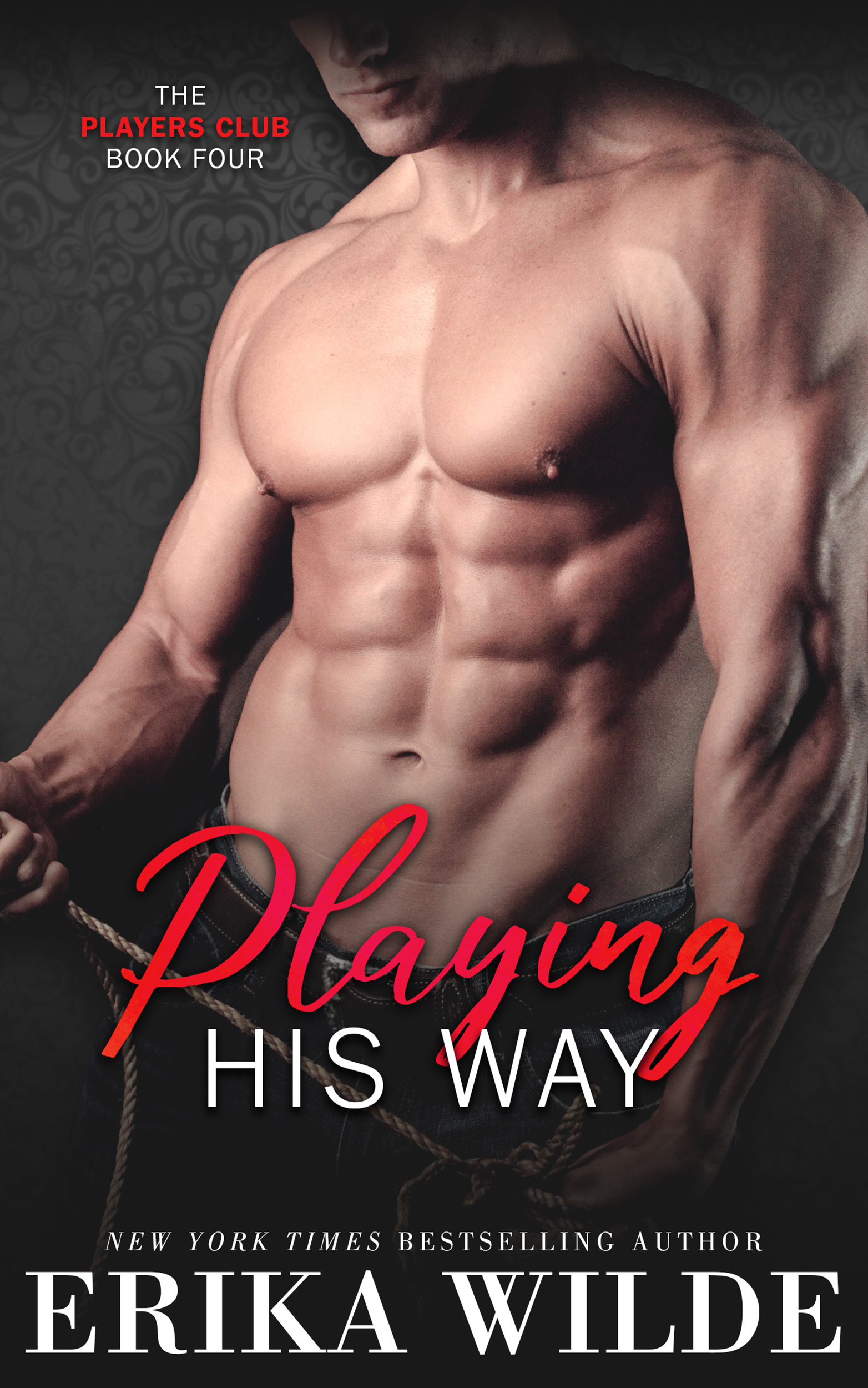 As the new owner of The Players Club, Brent "Mac" MacMillan is all about dirty sex, wicked sin and carnal pleasure . . . served up his way.  After being burned in the past, he's always been careful to choose experienced females who enjoy submitting to his dark desires, and are willing to play by his demanding rules without expecting any emotional attachments in return.

Hiring beautiful interior designer Stephanie Randall to create fantasy bedrooms within his club is his first mistake.  She's curious, flirtatious, and makes his blood run hotter than it ever has before.  Innocent when it comes to all the debauchery his sinful world has to offer, she wants to take a walk on the wild side . . . with him.

His second mistake?  Saying yes.  And his third?  Falling for the one woman he knows he can never have. 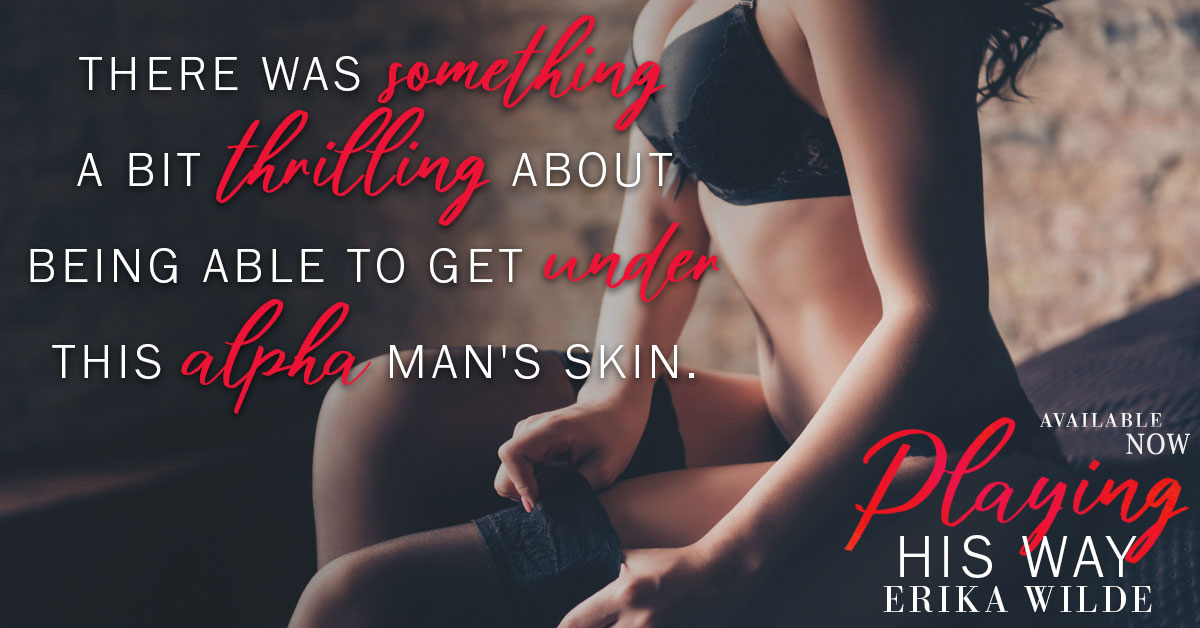 Stephanie strolled toward Mac, a mischievous glimmer suddenly brightening her gorgeous blue eyes, putting him on alert.  "I'd like to attend the Masquerade party at The Players Club on Saturday, to get a better feel for the club and what other fantasy elements might work for your members."

He stiffened at her unexpected request.  The temptation of having her in this domain—wanting her but refusing to touch her—wasn't something he wanted to endure.  And watching her possibly hook up with someone else, like Rick? Complete fucking agony.

He shook his head.  "I don't think attending the Masquerade party is necessary.  I'm sure you can come up with a few other ideas without being here when everything is in full swing, which is probably going to be more distracting, than helpful."

"What if I want to be here?" the little vixen proposed, her voice holding a hint of a challenge.  "You know, to mix a little business with pleasure?"

His expression remained composed, his resolve, firm.  "I'm going to have to say no."

She tipped her head to the side, studying him much too astutely.  "I can always get an invitation from Jillian, you know," she said as she came closer and closer.

"No, you can't," he countered.  "I put a freeze on any new invitations until I'm done going through the current membership."

She laughed softly, huskily, the sound like a stroke along his cock.  Much like her hand was suddenly stroking down the length of his tie before giving it a playful tug.  "Do I make you nervous, Mac?"

His hands curled into fists in his pockets, because it was taking extreme effort not to grasp her face in his palms and kiss that soft, plush, impudent mouth of hers—hot and hard and deep.  "Do I look like a man who'd be intimidated by any woman?" he asked, his voice surprisingly steady.

She thought about that for a brief moment before giving her hair a subtle toss and replying.  "Intimidated, no." Then a sexy, knowing smile curved her lips. "Nervous, definitely, because if you weren't a little uneasy about whatever this thing is between us, you wouldn't have an issue with me coming to the Masquerade party and being at the club."

"The last thing you make me feel is uneasy."  Instead, her presence had lust pumping through him like a heady surge of adrenaline.  She was certainly testing his control.

Her free hand came back up and splayed on his chest, the heat of her touch searing him through his dress shirt.  "If I don't make you nervous, then prove it," she cajoled. "Let me come to the party on Saturday. I promise not to be too shocked by what I see."

His jaw clenched as she met his gaze and held it, so bold and brazen when she really had no idea what she was messing with, or what he was capable of.  This woman was no shrinking violet, and she was the furthest thing from the kind of submissive, obedient female he preferred—and Jesus, Christ, his dick was hard as stone for her.  This was a woman who liked having the advantage, who enjoyed a little power play, and fuck if that didn't make him want to pin her against the wall behind her and make it very clear who really had the upper hand between them.

"So, what will it be, Mr. MacMillan?" she murmured huskily.  "Inviting me to the club on Saturday, or are you going to chicken out?"

Erika Wilde (aka Janelle Denison) is the USA Today bestselling author of over 50 contemporary romances for multiple print publishers.