A football player & a princess...will he choose love over duty?
Tackled in Seattle by Jami Davenport is available now! 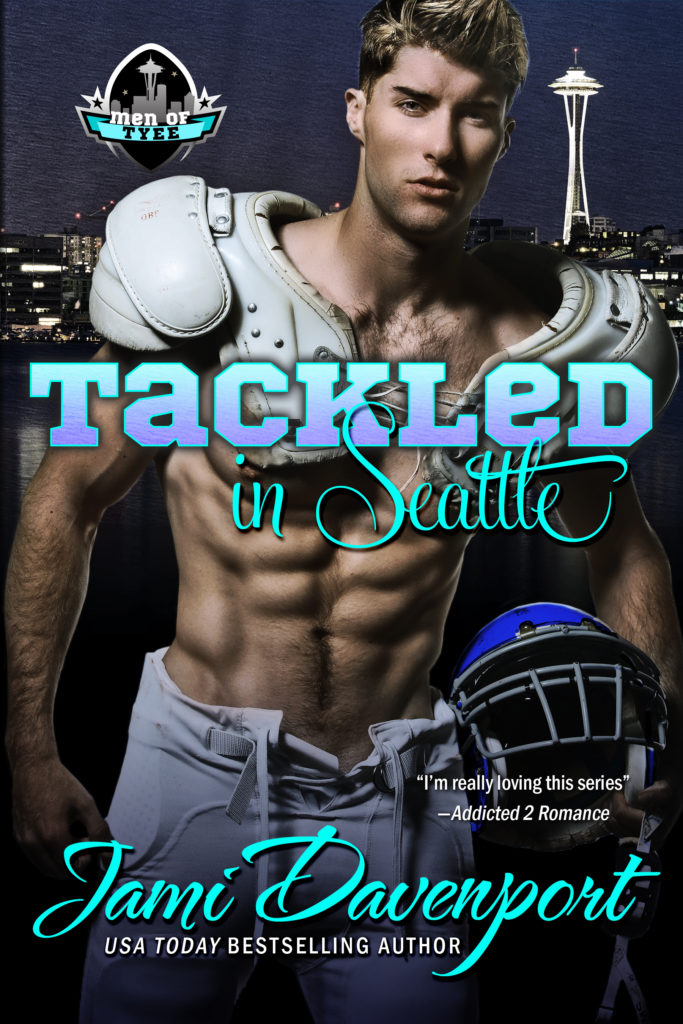 Amazon -- https://amzn.to/2TSyWEs
Universal -- mybook.to/TackledinSeattle
iBooks -- https://apple.co/2zgkFrS
B&N -- http://bit.ly/2MulNAN
Kobo -- http://bit.ly/2TZfplN
Alisa:
My family has always treated me like a princess, and when my mother reveals her secret, I find out I really am one. I'm the only child of the second in line to the throne, and after the news breaks, I'm thrust into a life I never imagined. Now I'm trying to fit in and not screw up the never-ending rules and protocol, but I can't forget Gage, the guy I left behind. When my father insists I marry an appropriate blueblood of his choosing, I run to the one person who can save me from myself. Can I go against my family's wishes and choose love over duty?
Gage:
On the surface, I've always been a carefree playboy taking full advantage of the perks of being a college quarterback. When Alisa enters my life, everything changes, and nothing is as cut and dried as it once was. After recovering from an injury, I lose my starting spot to the new guy and my heart to Alisa. Now I'm confronted with the grim possibility of a future without football or Alisa. Can I trust Alisa enough to reveal the truth hiding under my spoiled, rich boy façade, or will I once again run away from the one woman who loves me for myself? 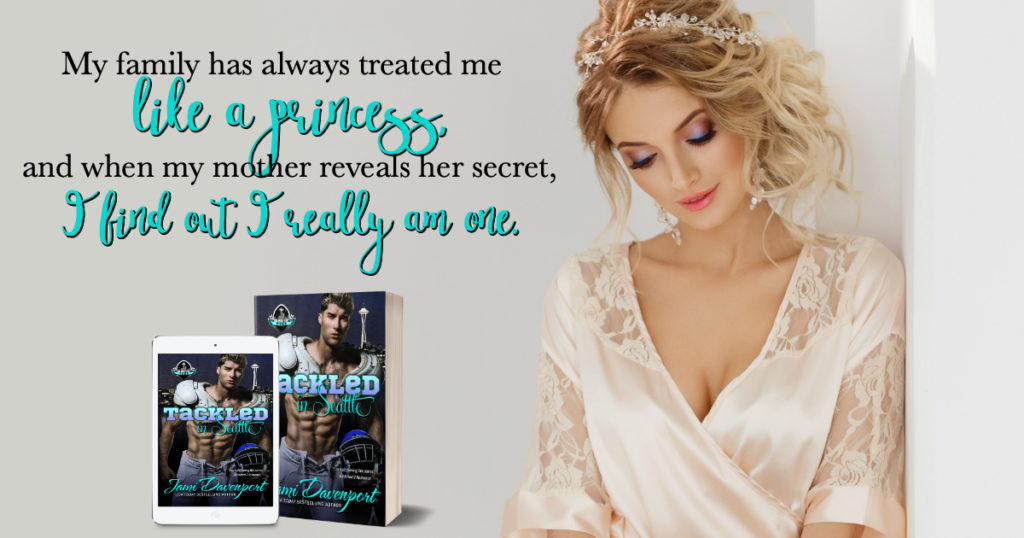 Tackled in Seattle by Jami Davenport
My rating: 4 of 5 stars

This is book #2, in the Men Of Tyee series. This book can be read as a standalone novel. For reader understanding of the series, and to avoid spoilers, I recommend reading these in order.

Alisa has been in love with Gage since the day they met. The attraction was instant, and the heat between them literally melts all who witness. Her future may not include him, however, since she just found out she will be leaving the country.

Gage has had a hard time recently. He was on the fast track to be recruited, when an accident left him with nerves that are not working toward his goal. His one good thing in life was Alisa, and she seems so distant.

This story moves along at a rapid pace. There is so much going on. The heat between the two principles is very steamy and comes quickly off the page. I love that no matter what they are gravitating toward on another. I cannot wait to read the next installment in this new Men Of Tyee series.


***This ARC copy was provided in exchange for an honest review only. 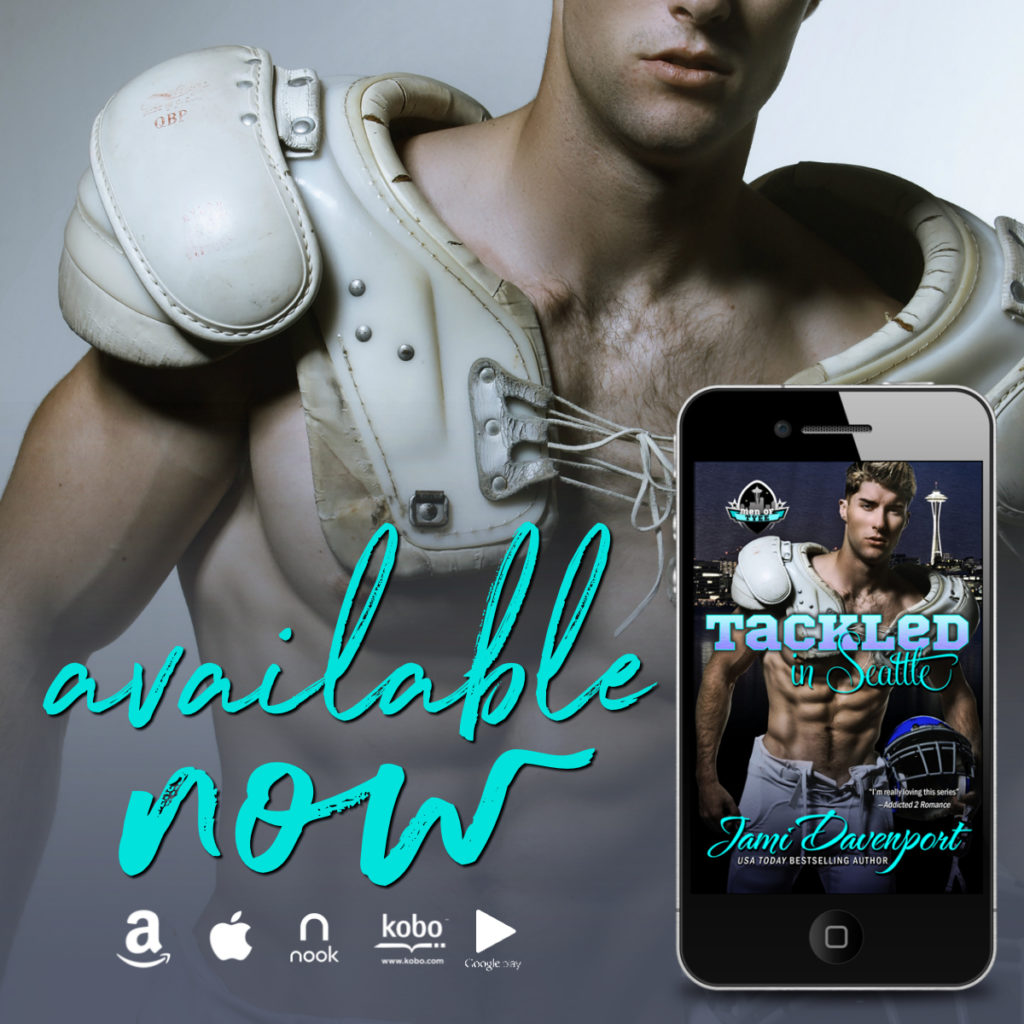 USA Today Bestselling Author Jami Davenport writes sexy contemporary and sports romances, including her two new indie endeavors: the Game On in Seattle Series and the Madrona Island Series. Jami’s new releases consistently rank in the top fifty on the sports romance and sports genre lists on Amazon, and she has hit the Amazon top hundred authors list in both contemporary romance and genre fiction multiple times. Jami ranked Number Seven on Kobo’s Top Ten Most Completed Authors, an honor bestowed on the year’s “most engaging” authors based on an average page completion rate by their readers. Jami lives on a small farm near Puget Sound with her Green Beret-turned-plumber husband, a Newfoundland cross with a tennis ball fetish, a prince disguised as an orange tabby cat, and an opinionated Hanoverian mare. Jami works in IT for her day job and is a former high school business teacher. She’s a lifetime Seahawks and Mariners fan and is waiting for the day professional hockey comes to Seattle. An avid boater, Jami has spent countless hours in the San Juan Islands, a common setting in her books. In her opinion, it’s the most beautiful place on earth.

Subscribe to my newsletter to receive a free novel and be notified of new releases, special sales, and contests: http://eepurl.com/LpfaL