He is my home 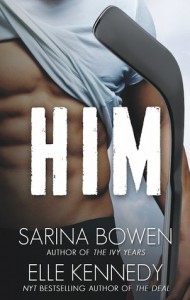 Jamie Canning and Ryan Wesley have been best friends since they met at Hockey Camp in their middle school years.  After a drunken episode, they stopped being friends.  Now, with both of them at the Frozen Four, they rekindle their friendship and start over.

Ryan "Wes" Wesley is just devastated about what happened the last time they were alone.  He has been in love with his best friend and hurting.  Now, with a fresh start he tries to make Jamie proud of him as the best friend he can be.

Only Jamie is not sure he wants to be just friends anymore.  He went out to a bar with his buddy and got pretty jealous when some other guy was making the moves on him.  So he kisses him.  It was pretty hot.  Jamie now knows he is interested in more.  The question is will Wes go for it?

Wes is scared out of his ever loving mind.  This is the love of his life, how can he say no?  When he touches him - he loses all control and any remnant of sanity.  After spending the summer with the person you love the most, how do you move on and go your separate ways again?

Such an incredible love story!  I was laughing and crying right along with the main characters  They are charming, honest, loyal, and talented.  I give this story a 5/5 Kitty's Paws UP!