What is the truth? 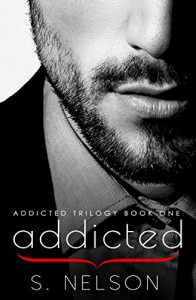 Sara Hawthorne meets Alek Devera out at her shop and later at a club, that she later finds out he owns.  He seems to turn up at many places she is at.  Sara treats as a coincidence.  She figures why would he follow little old me around town?

Alek feels for Sara what he has never felt for anyone else.  Both of them having pain filled pasts, it is not easy to trust a stranger.  After the initial meet and later how he takes her home and keeps her safe, they gain a friendship of sorts.

Sara cannot help the attraction she feels and the tingling every time he is near.  When he seems to return the attraction and the sparks are a flyin' - they cannot seem to keep their hands off one another whenever they are in the same room.  He seems to always be holding something back, but not for the reasons she assumes.

They both want to try to have a relationship.  There are many factors that could bring it crashing down.  Denying their feelings is getting them nowhere so they give it a try.  Could be short lived when Sara finds out what he hides.

Very interesting book that has complex characters.  The story itself sucks you right in and is just the beginning.  The next installment in the Addicted Trilogy is Shattered - where I hope to learn all that was missing from this book.  I liked the flow and the friends that were fierce and loyal.  I give this story a 4/5 Kitty's Paws UP!

***This ARC copy was given for review purposes only.