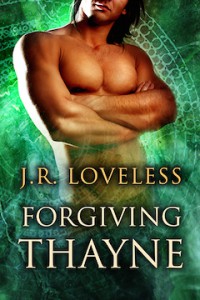 Nick Cartwright meets his mate when his best friend finds his after moving to a small town.  His best friend Seth found Kasey (see book 1 in the True Mates series) and Kacey's brother Thayne, turns out to be Nick's mate.  Only Thayne does not want a mate.

Nick is hurt to be rejected by his mate, especially after such a wonderful encounter with him.  He decides to leave and honor his wishes even though it nearly kills him to do so.  All he has ever wanted was to find someone to love and be loved by.

Thayne had learned at a young age that having a mate can be a devastating experience if something happens to them.  He and a friend make a pact that they will never have a mate - so this will never be pain they will suffer from.  Now that he has found his mate, he is wondering if he should re-think this decision.  If he changed his mind, could he handle the pain if loss came?

Nick is already feeling the loss of his mate, since he was rejected by his.  Then a problem arises and Nick mating with Thayne is the only solution that can be seen.  Can Nick do something so selfless knowing he is not loved or wanted?

This story was just amazing!  I found the characters development to be honest and real.  Nick is devastated, and Thayne is moved by what he has done.  I was literally caught up int he story and could not put it down!  I give this book a 5/5 Kitty's Paws UP!