I feel for you 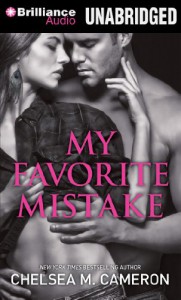 Taylor and Hunter met when he became their roommate in college.  She was shocked that the school would not even give her notice about his arrival.  They get along like oil and water as they try to survive living in the same room.

As they get to know one another, and even have a class together, they discover they actually have things in common.  And when he cooks.... well everyone is happy.  Hunter is just as closed off as she is, as they both have pasts that were filled with pain and secrets.

Hunter also has the hots for Taylor.  She is attracted to him as well, just does not want him to know it.  Everyone around them sees it though.

This was such an amazing book about love, loss, pain, and even sacrifice.  I started out hating Hunter right along with Taylor but soon fell under his spell also.  I give this story a 4/5 Kitty's Paws UP!