Torn – to be disrupted by the pull of contrary forces; "torn between love and hate"
Eli Warner had his whole life mapped out. He planned on proposing to his girlfriend, earning his law degree, then living happily ever after with the woman of his dreams. But in the blink of an eye, his entire world crashed down around him when the love of his life abandoned him, leaving him with nothing but a note.
Kalista Ellington made the best decision she could at the tender age of nineteen. Afraid and alone for the first time, she left the one person who meant the world to her, believing his future was better off without her in it. Little did she know, fate was ready and willing to step back in and throw them together, no matter how much either one of them resisted.
When Kalista finally returns home after fourteen years, can Eli find it in his heart to forgive her, not only for her desertion, but for the secret she kept which will change both of their lives forever? 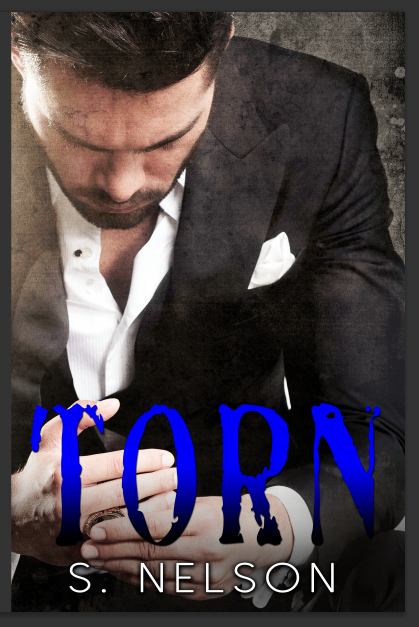 “S. Nelson is a truly talented author. I recommend not only this book but everyone she has wrote. These stories will have you on the edge of your seat and wanting more. Contains Sexual situations intended for the mature audiences”✨✨✨✨✨Hurricane Readers Book Review
“S. Nelson nails it in this new book! This is a definite page turner and don't forget those tissues you're going to need them!” ✨✨✨✨✨ Goodreads Reviewer
“Great story line, and secondary characters. Looking forward to reading a lot more from S. Nelson in the future!!!”-✨✨✨✨✨ Goodreads Reviewer

My heart beat faster the second the barrier between us was no more. I kept my head down, glancing at his shiny, black dress shoes, hoping and praying he would simply walk away without saying a word. But I knew the thought was ridiculous, betting Eli had waited years to finally confront me for what I’d done to him. I had never wished for my mother more than I did right then. I would have sent her to the door as a diversionary tactic, but then that wouldn’t have worked because she’d been telling me for years I needed to tell Eli the truth. All of it. No way in hell would she have allowed me to turn him away when he was standing on our doorstep.
The air between us had become stagnant, my eyes still focusing on the ground below. I needed a few more precious seconds before I faced my past.
And my future.
“Look at me,” he growled.
I guess my time’s up.
Recognizing I deserved every bit of his rage, I slowly lifted my eyes until they met his. Instead of panic and fear, though, I was bombarded with a rush of memories of the two of us together all those years ago.
The man standing before me was not the same guy I’d chosen to leave behind back then. Eli was obviously older, the years definitely agreeing with him. If it was even possible, he was more breathtaking than he was in his youth. Sexy scruff hid his strong jaw, all the while highlighting his full and tempting lips. It certainly wasn’t the time to become enthralled with his looks but I found I couldn’t help myself, my body reacting to him as it always did. He was broader than I remembered—hell, he even looked taller. From the expensive suit he wore and the way his hair was styled in that perfect coif, mixed with a hint of messiness, it was apparent he had done very well for himself financially. Never mind the hunk of steel he drove here in which probably cost more than my mother’s house.
My lustful thoughts kept me frozen in the entryway, his eyes mirroring my own as they raked over me from head to toe. Silence continued to stretch between us as I tried to decide how to handle our upcoming conversation. He was clearly pissed at me, hated me even. And I didn’t blame him. Not at all.

Kalista and Eli have a history full of passion, friendship, and love. When she left, Eli basically fell apart. Not knowing why did the most damage to him.

Eli has tried moving on, but what happens is he ends up basically a player who does not want to play. He has no intention of loving anyone ever again. The past still hurts and haunts him.

Kalista moves back to town, after a tragedy occurs. The hardest part about moving back is she knows she has to answer to Eli. She will try to get closure and let him know what really happened.

Eli and Kalista are meant to be together and anyone who sees them knows this. The adjustment of a child, coming back home and seeing Eli again is twisting Kalista up. Can they forgive and move on?

Very sweet and powerful story! I was impressed with the honesty and heartfelt feelings that were shown in this book. I loved the heat and passion they have for one another. 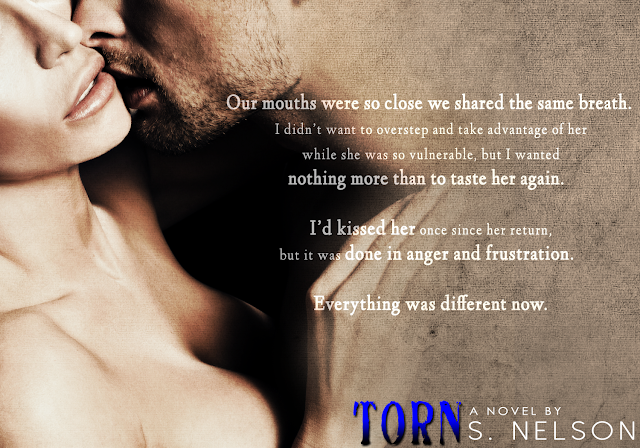 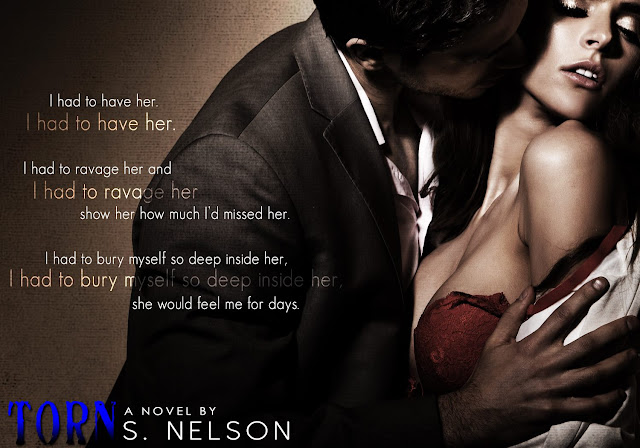 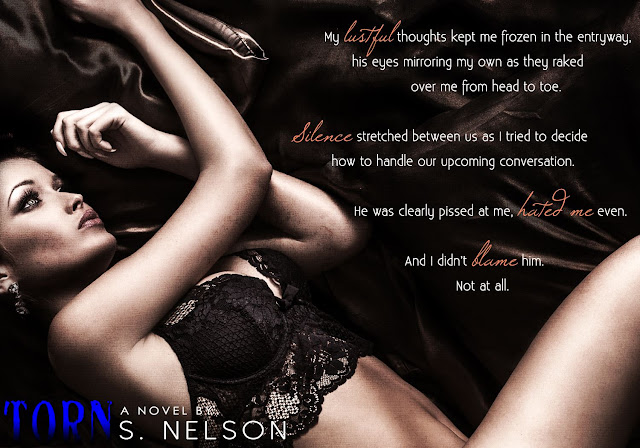 S. Nelson grew up with a love of reading and a very active imagination, never putting pen to paper, or fingers to keyboard until 2013.
Her passion to create was overwhelming, and within a few months she’d written her first novel, Stolen Fate. When she isn’t engrossed in creating one of the many stories rattling around inside her head, she loves to read and travel as much as she can.
She lives in the Northeast with her husband and two dogs, enjoying the ever changing seasons. 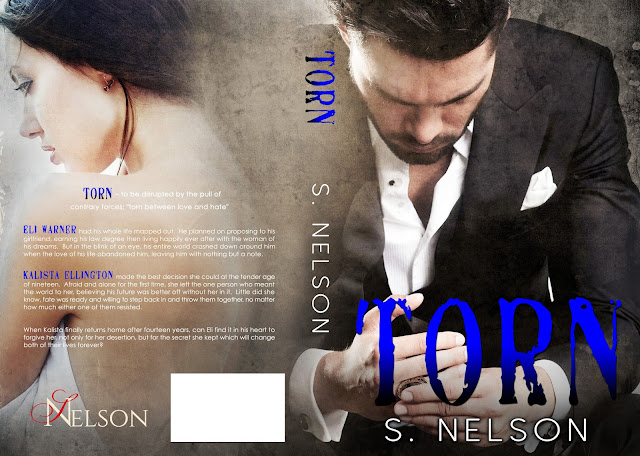