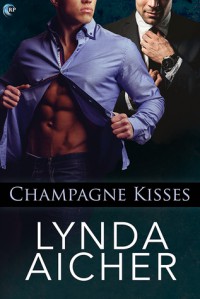 Richard and Evan meet while Evan is planning Richard's brother's wedding.   The attraction is strong on both sides.  Evan assumes Richard is straight and so he figures there is no chance for them.

Evan is in shock when the Christmas Eve wedding he has gone all out for is called off.  Richard, brother to one of the grooms, suddenly kisses Evan and changes his perspective.  They talk and learn they have little in common.

Richard is feeling like this could be more than what they are making it out to be.  Evan is trying to push him away and he wants to know why.  Together, they are explosive.

Such a sweet and quick read.  I love the teasing and the sexy times are just HOT!  Makes a great gift too!  I give this book a 4/5 Kitty's Paws UP!

***This ARC was given from Netgalley.com and its publisher, for an honest review only.