He's not going to know what hit him... 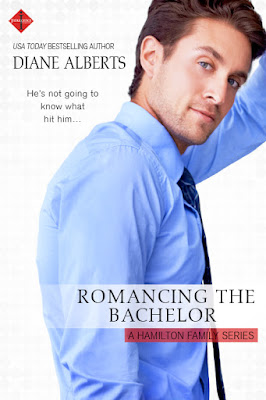 Eric Hamilton isn’t looking for love. Hell, he isn’t even looking for a girl. He has a five-year plan, and he’s one hundred percent focused on that. But then Shelby walks into his life, and suddenly, he can’t think about anything else. Unfortunately for him, she hates his guts, and wants nothing to do with him. But he’s a man who loves a challenge.

Shelby Jefferson can’t wait to get out of the city, and back to her country roots. She moved to Atlanta for a guy who promptly left her, and the last thing she wants is to fall for another man who might make her want to stay. But Eric is nothing if not persistent, and before long she’s inside his arms, in his bed, and she’s falling for him. Hard. But when history repeats itself, and she has to choose between a man and herself––again.

“Do you bring all your dates here, then?” she asked, gesturing around them. “Is this your spiel?”

“I’ve brought one other woman here before, but she’s my sister, not a girl I’d bring on a date. If you really want to know, generally when I take a woman out, I opt for somewhere with less elegance and more heat. Something that lends itself to an easy seduction later on. I like to get my date relaxed, show them a good time, take them dancing, and maybe bring them home.”

“What?” She held her hands up, looking far too innocent for it to be real. “I’m just saying, we do live in the same building. I’ve seen a lot of women come through your place.”

“Why not bring me to a seduction restaurant?” she asked, leaning forward. The way she sat pushed her breasts up, teasing him with a glimpse of cleavage that made his mouth water. “Why take me to the same place you bring your sister?”

He reached across the table, catching her chin. “Because I don’t want to seduce you, Shelby.”

“I wasn’t finished. I have no intention of seeing you naked tonight, or on our next date, or even the next, if I’m lucky enough to get one. With you, I want it to be a slow burn. I’ll start with something so small you barely even notice me, and over time, the intensity will increase, until you’re breathless and witless and desperate for my touch. Then, and only then, will I let myself even think about having you. After I’ve earned it, and not a damn second before.”

She sucked in a breath, held it, and didn’t move.

After what felt like an eternity, the waiter came back, clearing his throat. “Sir? Ma’am? Are you ready to order? Or would you prefer to order course by course?”

She was the first one to look away.

“Y-Yes.” She tucked her hair behind her ear, and her hand trembled. “I’ll have the potato, the steak, and the feta. Also, the caramel apple for dessert.”

Eric frowned at her.

She’d said she hadn’t even looked yet.

Forcing his eyes off her, he glanced down at the menu to see the recommended wine pairing for the steak entrée she’d ordered. “I’ll have the crab, duck, feta, and caramel apple as well. Also, a bottle of cabernet with the second course.”

The waiter bowed and left with the menus, and Shelby cleared her throat, her cheeks flushed a bewitching pink. “Look, Eric—”

He cocked a brow. “Usually?”

“I’m going to be honest. I’ve been trying to annoy you tonight. To make you not like me.” She winced, dropped the napkin, and then immediately picked it back up. “Actually, I needed you not to like me.” 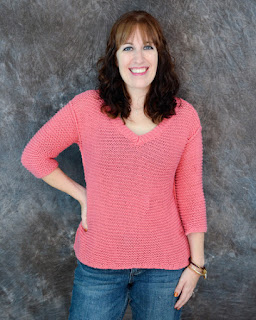 Diane Alberts is a USA TODAY bestselling Contemporary Romance author with Entangled Publishing. Under the name Jen McLaughlin, she also writes New York Times, USA TODAY, and Wall Street Journal bestselling books with Penguin Random House. She was mentioned in Forbes alongside E. L. James as one of the breakout independent authors to dominate the bestselling lists. Diane is represented by Louise Fury of The Bent Agency.