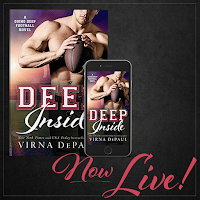 We're celebrating the release of DEEP INSIDE by Virna DePaul! One-Click today! 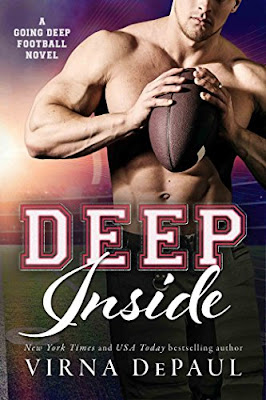 Can Alex convince Ruby that, sometimes, scoring in love means risking it all? And will Ruby accept that she’s not second best, but the only woman Alec wants? For a lifetime.
Excerpt:
Ruby O’Brien flashed her media badge at the stadium security booth before zipping into the Savannah Bootleggers’ crowded parking lot. Pulling into her reserved spot, she turned off the ignition and rested her head against the steering wheel, listening to disgruntled Bootleggers fans returning to their cars after an unexpected defeat.

No wonder Alec was in a bad mood.

The mid-season loss, the recent breakup with his ex-fiancée, Colleen, the fact his own teammate had apparently been taunting him about both… It would put anyone in a bad mood, but unfortunately, right now, the reasons for Alec’s bad mood didn’t matter.

He had to straighten up.

Yes, he was obviously going through a lot, but he had choices. And choices, as a high-profile tight end in the world of professional football, meant everything.

Lately, his choices had changed him. The charming, professionally-dedicated man she’d always known had deteriorated into a ghost of himself. For weeks now, Alec had wavered between his usual mischievous, easy-going self one minute and a short-tempered, troublemaking Hulk the next. The man was jeopardizing, not only his own image, but that of the entire Bootleggers franchise. Not to mention the reputation of her father’s publicity firm, O’Brien PR. One more bad move on Alec’s part, and the team’s contract might not be renewed.

It couldn’t happen. Not on her watch.

She had to get strict with him, and she had to start now.

As Ruby strode toward the Bootleggers’ locker room, she focused on the job at hand. She tugged down the hem of her short skirt. She’d been in the middle of a date when her father had interrupted, a desperate phone call about Alec, urgently commanding her to “get that cranky-ass boy under control!” There’d been no time to change. So while she usually wore pressed, buttoned shirts and dark suits to work, right now, she was slaying a sexy black dress, strappy heels, and hair down in loose, fiery waves. Not how she’d choose to have a showdown with any client, least of all Alec, the man she’d crushed on for months.

She’d been drawn to him from the moment she’d first met him, but while he’d been friendly, flirty even, he’d never given her any indication that he was seriously attracted to her. Then, two months ago, after he’d broken up with his cheerleader girlfriend, Colleen, he’d asked her out, multiple times. And what had she done? She’d finally caved, despite the fact she never dated clients, because doing so violated her own rules, yes, but mostly it violated her father’s business policies. In the end, it hadn’t mattered. The date never happened. Instead, the next day, it’d been all over the news—Alec and Colleen were engaged and planning an early October wedding.

To say her heart shattered before it ever got out the gate was an understatement. Water under the bridge, Ruby thought. That weak Ruby was gone now, and she was the woman she’d always been. Professional Ruby. Ruthless Ruby. No-nonsense, Non-Heartbroken Ruby. And here we go…
Pushing those double doors open was the same every time: loud, bright, chaotic, and filled with the pungent smell of sweat and buckets of body spray. Ruby marched through the swarm of players, keeping her peripheral blinders on. Do not look at the naked men. Do not, do not, do not…

For a moment, a sudden silence overtook the locker room, followed by several low whistles. An elongated “damnnnn.” Great. They were checking her out! She should’ve changed out of the dress. Oh, well, too late now. Her stride faltered, and a blush overcame her cheeks a split second before the catcalls ended.

“Hey, Red, ’bout time you got here.” Martinez, the wide receiver from LSU who couldn’t run a simple route to save his life, but could catch a ball with his pinky, shouted at her from his locker. “Ooo, LeBrun’s in trouble now. Look how pissed she is. Ow!” he howled.

She breathed a sigh of relief that the men weren’t going to razz her about her sexy dress. About Alec, yes, but that she could handle. Glancing in his direction but keeping her gaze aimed high, she waved at Martinez. “Be glad it’s not you I’m after,” Ruby said with a smirk.

Several of the boys chuckled. Notably, both quarterback Kyle Young and wide receiver Heath Dawson, Alec’s best friends, were absent, as was Connors, the player Alec had fought with. Were they with him in the medic room? Ruby had already texted Richard James, Connors’ publicist, and would be meeting with him after talking to Alec. As for Young and Dawson? They’d probably cleared out to meet their girlfriends. The men had recently found the loves of their lives and while they, unlike Alec, weren’t letting their football careers suffer, they also made sure the women in their lives were given equal priority.

“We missed you at tonight’s game, Red. We’re used to you being in the stands but looks like you had bigger plans.” That came from Plough, the left offensive end from Ohio State, who needed to get his hands up or he’d be knocked on his ass all season. “I think you’re right, Martinez. She don’t look too happy. Gorgeous but not happy.”

“Hey, Red, how come you never come just to see us? Why it always gotta be LeBrun, LeBrun, LeBrun?” That was Hewitt, rookie quarterback the Bootleggers drafted first round from Stanford. Denser than a bag of bricks, but basically a nice guy who threw beautiful spirals to Alec every time.

“’Cause he’s the only one who needs reprimanding, gentlemen.” Her mind wandered, as she thought about all the ways she wished she could reprimand Alec for his misbehavior. In another world, another lifetime, where publicists and clients ravaged each other as post-game punishment.

None of that, Ruby. Keep it together. Alec just asked you out to fill in the space Colleen left behind when they broke up that first time at the end of the summer. As soon as he had the opportunity to get back together with her, he couldn’t forget about Ruby fast enough. Hell, they’d never even discussed the fact he’d asked her out and she’d accepted—when she’d seen him again, she’d simply congratulated him on his engagement. And though he’d looked tense, like he wanted to say something more, in the end he’d simply said, “Thanks, Ruby,” and walked away.

It hurt. Like a mothereffer. But Ruby was great at moving on, and so she did. Chin up and all that. She never should’ve agreed to a date in the first place.

Past the hoots and hollers, past the ass-staring—she knew they were doing it even with her eyes facing forward—past the not-so-clever quips, Ruby made her way to the medic room where she spied a man sitting on the exam table through the cheap, bent blinds. He faced away from her, as the team doctor dabbed a cotton swab to his cheek. She’d know that strong back anywhere—the twitching ripple of his muscles, the width of his shoulders, the expanse of his delts, the thickness of arms that would never, ever, wrap around her. There he was—Alec LeBrun in all his hot mess glory.

Time to put him in his place. 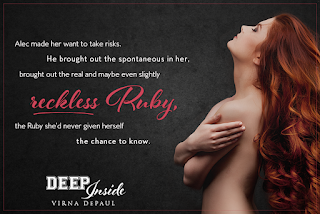 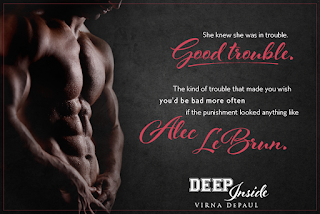 Deep Inside by Virna DePaul
My rating: 4 of 5 stars

This is book #3, in the Going Deep series. This book can be read as a standalone novel. To avoid spoilers, and to understand the series better, I recommend reading this in order.

Alec is bent on destruction. Ruby will lose her job if she cannot gain control of what is happening with him. As his publicist, she must help him get back on track - or it is both a future in peril.

Ruby has always wanted Alec, even thought she would take her chances with him. The choice to date a client is always a slippery slope, so she decides it is best to stay away. With the attraction gaining sparks - can they learn to bridge the gap before its too late?

This story was a sexy heat right from the get go. The characters gain development that is moving the story along at a good pace. I like the banter. Such a great addition to the series. 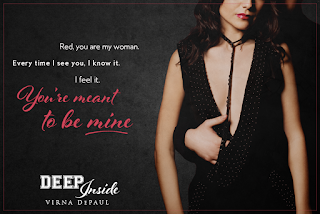 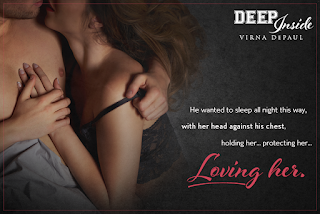 Don't miss the first two books in the series! 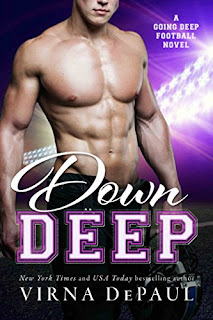 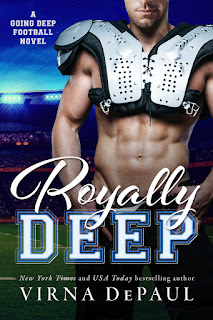 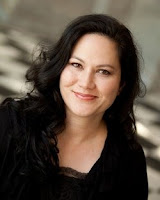