Rebecca Brooks lives in New York City in an apartment filled with books. She received a PhD in English but decided it was more fun to write books than write about them. She has backpacked alone through India and Brazil, traveled by cargo boat down the Amazon River, climbed Mt. Kilimanjaro, explored ice caves in Peru, trekked to the source of the Ganges, and sunbathed in Burma, but she always likes coming home to a cold beer and her hot husband in the Bronx. She likes outdoorsy guys with both muscle and heart and independent women ready to try something new.
Connect: Site | Facebook | Twitter | Goodreads 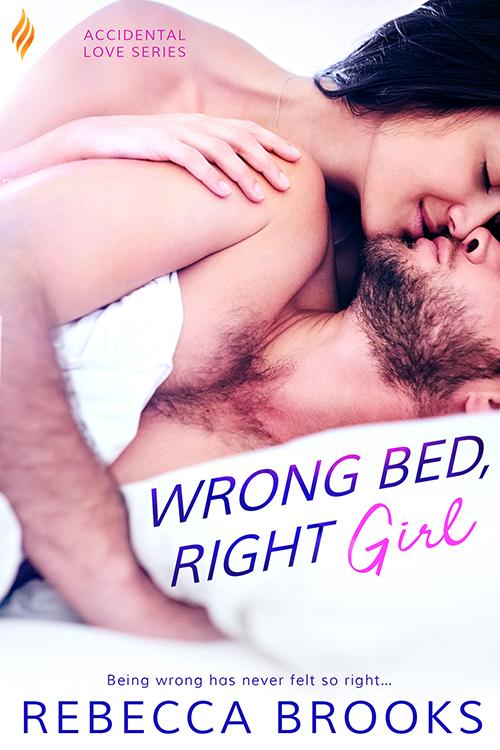 Falling head-first into the wrong woman’s bed was not how Reed Bishop’s night was supposed to go. Now a gorgeous, half-naked ballet dancer was threatening his manhood…with a book. He can’t blame her.
It wasn’t how it seemed—he was just doing his job, tracking down his lead informant, who, unfortunately, took off, leaving him to figure out what to do with her friend. Staying in her apartment was no longer safe.
And that’s how he got himself into this mess.
Now she’s sleeping in his bed while he tosses and turns on the couch.
There are pink tights in his bathroom.
Pointe shoes next to his boots.
He swears he won’t touch her like that…but he can’t ignore his fantasies.
As a tattooed, muscled DEA Agent, Reed’s seen some things. Drug dealers, murderers…He can’t let Talia get close. Even though she’s made it clear they’re both fighting the same hunger. And he definitely can’t use his handcuffs on her…no matter how much she begs.
Purchase: Amazon | Barnes & Noble | AppleBooks | Kobo

This is book #2, in the Accidental Love series. This book can be read as a standalone novel. For reader understanding and to avoid spoilers, I recommend reading this series in order.

Talia has just won her freedom. Another dancer in her troupe has left from an emergency, she gets a small apartment and principal position. Then she abruptly meets him.

Reed is just doing his job. If he does not do his due diligence, people die. He wants to solve this case without losing innocent lives. Then he meets her.

The attraction for both of them is immediate. The chemistry is spot on and the heat just builds. I loved that we learned about both of them as individuals, and that they brought out more in each other. Had great humor, and yet was still serious and sweet at times.


***This ARC copy was given in exchange for an honest review by Netgalley and its publisher.