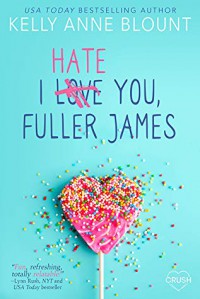 Wren and Fuller have history.  That's right, and not the good kind either.  Wren had been hurt repeatedly by being treated so poorly by the "in" crowd, of which Fuller is the leader, basically.

Fuller is getting into some trouble academically.  His coach has a plan - but does not want anyone to know.  So Fuller treats it as he is interested in Wren, instead.  Little does he know how much truth is like fiction.

This was such an amazing story!  I had never read this author's work before, but you can bet I will again.  I hope we revisit this group at this school.  There seems like a lot of potential for a series here.  I loved the banter, and even how enemies were able to become friends.  I found the story very compelling.  Deeper characters than meets the eye, it was a rich read with a lot more to it than originally thought.  I give this read a 4/5 Kitty's Paws UP!

***This early copy was give in exchange for an honest review, by Netgalley and its publisher.