I’m not the same Bebe Grimshaw I was years ago. The woman I was spent years behind the bars of the highest security women’s prison in the nation, my punishment for hacking nuclear codes as part of a crime syndicate I’d gotten in way too deep with. The woman I am today doesn’t regret what I did, or the fact that I got caught, but I am remorseful for the years I lost with my son, Aaron. Released from my sentence early thanks to Kynan McGrath, I joined his team at Jameson Force Security and now put my skills to use helping people.

I’m just trying to get back a piece of what I lost, focusing solely on raising Aaron and my work at Jameson. As long as I have my son and my career, I’m content. But life has a funny way of letting you know exactly what you need, and when a devastatingly handsome stranger named Griffin befriends Aaron at the park, I have to consider I might be missing something. A part of me that was locked away long ago reawakens, and I find myself looking at Griff in a way I’ve not looked at a man in more than a decade.

Just when I think things are starting to look up, my world is turned upside down. Turns out that meeting wasn’t an accident, and things aren’t going my way at all. Griffin Moore is the man sent here to kill me.

Code Name: Hacker by Sawyer Bennett
My rating: 4 of 5 stars

This is book #4, in the Jameson Force Security series. This book can be read as a standalone novel. For reader to understand series, and to avoid spoilers, I recommend reading this fast paced series in order.

Briana Belle AKA "Bebe" has gotten a surprising second chance at life with her son. Getting out of prison seemed like an impossibility. Now she is in danger from her past and those whom she has never named when she was put away. She has no idea until the first man she has been attracted to in such a long time comes along.

Griffin knows he must do a job. Only the sparks he feels flowing between himself and the amazing Bebe are so new and amazing. While he does not want his employer to start a killing spree with his name on it, he also does not want to harm a hair on her head. Can they move on past the lies and the secrets?

Right from the very start this book was racing toward the finish line. With enough action to be made into a movie, this series and especially this story suck you in and fulfill an action hero need. Sexy with a good heat level that burns through the whole book, it still shows how a hard man can be tender. 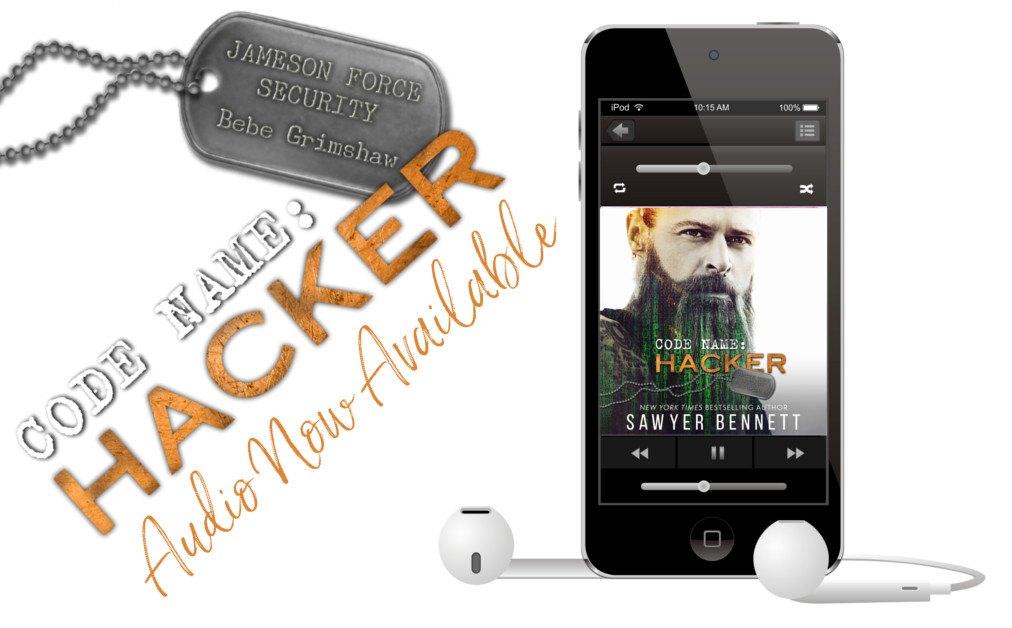 One lucky winner will win a $50 Amazon gift card to celebrate the release of Code Name: Hacker!

For your chance to WIN, go to --- > https://sawyerbennett.com/giveaways/code - name - hacker/ Since the release of her debut contemporary romance novel, Off Sides, in January 2013, Sawyer Bennett has released multiple books, many of which have appeared on the New York Times,USA Today and Wall Street Journal bestseller lists.

Sawyer likes her Bloody Marys strong, her martinis dirty, and her heroes a combination of the two. When not bringing fictional romance to life, Sawyer is a chauffeur, stylist, chef, maid, and personal assistant to a very active daughter, as well as full-time servant to her adorably naughty dogs. She believes in the good of others, and that a bad day can be cured with a great work-out, cake, or even better, both.