New Release - Finding It All 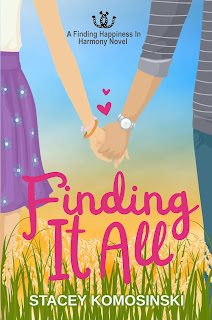 Twenty-five-year-old Chloe Larson has never had a relationship or been really kissed by someone. After a rough childhood spent hiding a secret and being ridiculed, Chloe believes she’s better off with only friends around her. That way she can’t get hurt or misused. She spends weekends living life to the fullest with her best friends and roommates Gaby and Jess and weekdays proving her worth as a newly promoted reporter. The thing is, she doesn’t have time for anything romantic. But secretly she longs for that special connection with someone.Chris Sherman is bored of the selfish women who flock to him. Recently out of a relationship, he isn’t looking for love. But everything changes when he meets Chloe Larson. She has a way about her that excites and intrigues him, leaving him desperate to get to know her.Will they both find the courage to let each other in and experience the joys and pains of love, life, and happiness to find it all? 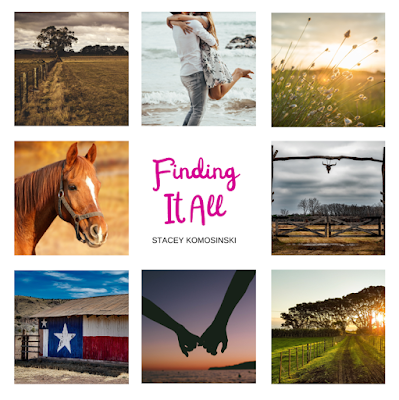 Releasing her from his embrace, he slid her dress off her shoulders and let it fall behind her. The simple move of it skimming her skin as it fell had heat spreading through to her core. His mouth was once again on hers, giving her deep and needy kisses. His hands were all over her, slowly trailing over her skin and giving her goose bumps.

Taking her hands in each of his, he brought her arms over her head and with one hand held them against the wall. He used his other hand to trace down her cheek and past her neck to her cleavage. He dipped his fingers under the lace of her bra to lightly touch her soft skin. He continued to her waist and around to her backside, pulling her hips into his.

Her eyelids fluttered open to see his blue eyes now dark, watching her. This felt so different from anything they’d done before. It was serious, romantic, exciting. She loved how careful he was with her too.

Chris’s hand continued traveling over her body. He dipped it down her lace panties, pushing them past her hips and watching them fall to her feet. His other arm released her hands, and he stepped back to appreciate the view of her in nothing but her bra and heels. “Damn sexy, baby.” 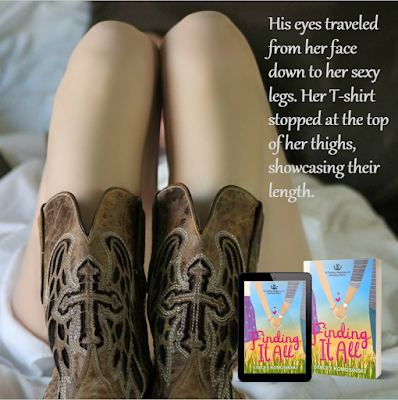 Stacey Komosinski grew up in a small Pennsylvania town strongly influenced by her mother's passion for reading. She read her first romance novel in her early twenties and hasn't stopped. 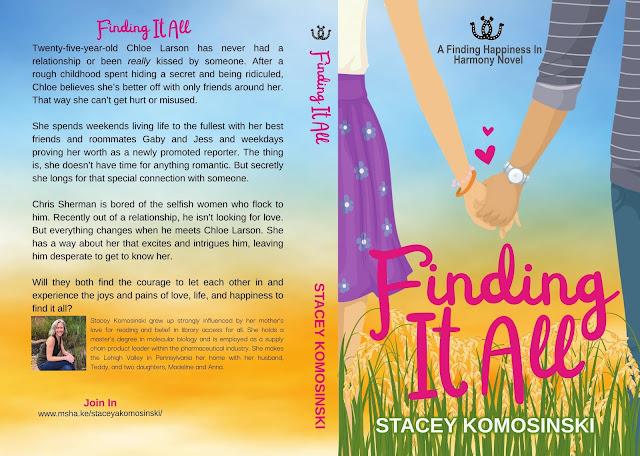