The nerd, the coach, and the hookup…

Swipe left, swipe left, swipe left. Sure, the idea of a quick, no-strings intimate rendezvous via hookup app sounds oddly thrilling, but it’s simply not me. Or maybe it is me, because it happened…and I liked it. Until I realized he looked familiar for a reason. A bad reason. Now I’ve made a faux pas with the sexiest man on planet Earth, and my internal karma system requires me to fix it. Help!

I may seem like I have it together, but the truth is, I’m a hot mess. I’m so deep in the closet that I can’t remember my real name some days. That’s okay. The benefit of one-night stands is anonymity. Until Asher. Not a total surprise. I’ve always had a thing for geeks, but I’ve never met anyone like him. He’s a pint-sized dynamo on a quest for perfection who can help me come out…if I follow his script.

The Jock Script is an MM bisexual, geek/jock romance starring a bowtie wearing nerd, a sexy lacrosse coach, and a shenanigan inducing script!

Asher closed his mouth in a tight line and sighed. “We should change the topic. Every time I’m with you, I secure my spot in Hades.”

I threw my head back and laughed. “What’s with you and the guilty conscience? I admire your commitment to honesty, Ash, but I don’t think it’s healthy to punish yourself after the fact. Not to mention, your rules seem arbitrary. They don’t make sense.”

“Hmph. You say sex is a part of nature, and you’re happy to discuss it until your internal sex-o-meter overloads and you decide you’ve overstepped some invisible boundary. It’s like you want to punish yourself for no good reason.”

Asher opened and closed his mouth. “I don’t do that.”

I polished off my salad, pushed my plate aside, and reached for my wineglass. “Yeah, you do. You should give yourself a break once in a while.”

“Who me?” I flashed a roguish grin. “I’m not so bad, and you don’t have to be so good. Is this the remnants of a super religious upbringing or—”

“Oh, gosh, no. My mother is a hippie. She’s not judgmental at all.”

His tone was firm rather than sharp and sent a strong message that he’d prefer to drop the subject. In fact, he looked suspiciously eager to greet the waiter when he returned to clear our salad dishes and set dinner plates on the table. I observed his animated hand gestures, his starched collar, and perfectly straight bow tie, wondering what he was hiding under all that armor.

Asher wasn’t weird, he was—okay, fine…he was totally weird. But I had a feeling he was compensating too. Making up for something or glossing over an unseen flaw. Sort of like a kid standing guard over a lamp he’d busted by accident. No one would notice as long as he made sure the unblemished side was never shown.

Call me crazy, but that got me. Yes, I was very attracted to him and definitely wanted to get naked and horizontal with him ASAP. But I wanted to know him too. I wanted to peel away his protective layers and study his quirks. His internal system of checks and balances fascinated me.

I twirled my fork around my pasta and smiled. “You know, I’m no devil and anyone who sucks dick like you cannot be an angel. There’s got to be a good middle ground for us.”

“Right,” I agreed, shifting in my seat to adjust my cock when he hummed around a mouthful of pasta. No joke, my dick woke up at the mention of alien sex and was now stretching the seam of my zipper. I sipped my wine and willed my body to get the “friend” memo. “So, buddy…since we’re supposed to be spending time together now, I think you should come to my game next weekend.”

“Game,” he repeated, drawing out the single syllable into two. “The one you coach? Or do you play also?”

“I play with a club team, but our season ended a couple of weeks ago. We’re on a break till summer, which is fine ’cause my kids have finals and my girls’ team is in the last stretch before CIFs.”

“I don’t understand that acronym, but I’ll come to your game and maybe afterward we can do power tool…things.”

“Sounds like a date. The game is at ten at Westgate. I’ll text you the address.”

“Okay. I have questions, like…where do I sit and what should I wear? Also, what are the rules?”

I smiled. “Sit wherever you want and wear whatever you want. The idea is to have fun. Well…and to kick OC Lutheran’s ass. As for the rules…the goal is to put the ball in the net more times than our opponent. You’ll be able to follow along.”

He didn’t look convinced. “I’ll do some research. Now, what about us? Do you want me to be there and not speak or…are you going to introduce me? And if so, what will you say? I need to rehearse my lines.”

I frowned. “Then we need to fix that ’cause I’m going to introduce you as my friend. It’s less complicated that way.”

“And if someone asks where we met, I’m allowed to improvise, correct?” he teased. taking a big bite of pasta.

Too big of a bite. He slurped a rogue piece of tagliatelle with wide eyes, then covered his mouth with his napkin. It was pretty freaking cute. I pointed at the sauce on his cheek.

When he swiped at the wrong side, I hooked my finger and motioned for him to lean in. I wiped his cheek with my thumb, underestimating the intimacy of the gesture. The strong current of heat and desire sizzling between us threw me off guard, rendering me speechless. 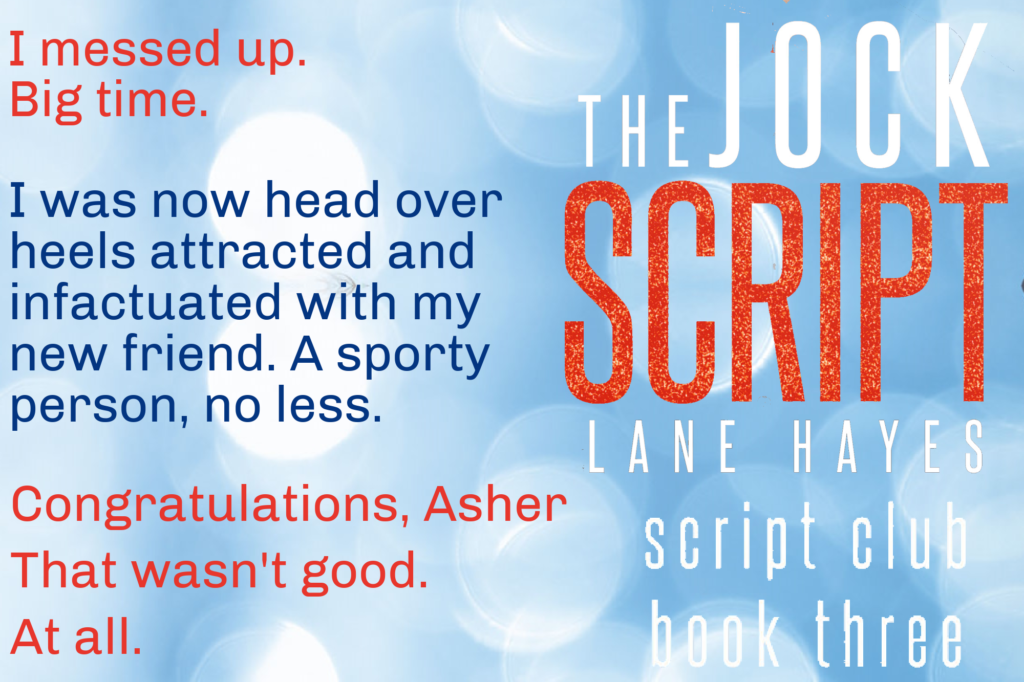 The Jock Script by Lane Hayes
My rating: 4 of 5 stars

This is book #3 in The Script Club series. This book can be read as a standalone novel. To avoid spoilers, and to understand the series, I recommend reading this series in order.

Asher has felt lonely for too long. He has been busy with work and finally making time for himself. When the hookup of his choice shows up and is more than promised - it frightens him with what could go wrong.

Blake is excited that he ends up with what he wanted. When this gets more complicated, he is not sure how to move forward. Then he finds out just how complicated it is going to be.

The story is solid and moves at a good steady pace. The narrator is really good, which enhances the book itself. I was really relaxed and listening, enjoying each chapter. This author is a 1-click for me and this is another reason why.


***This copy of the audiobook was provided for an honest and volunteered review. 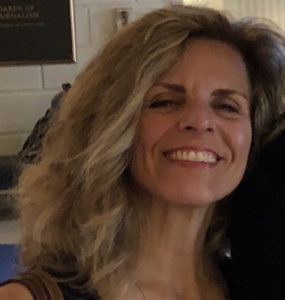 Lane Hayes loves a good romance! An avid reader from an early age, she has always been drawn to well-told love story with beautifully written characters. Her debut novel was a 2013 Rainbow Award finalist and subsequent books have received Honorable Mentions, and were winners in the 2016, 2017, and 2018-2019 Rainbow Awards. She loves red wine, chocolate and travel (in no particular order). Lane lives in Southern California with her amazing husband in a not quite empty nest.